The Louisiana Recovery Authority has become a political piñata, battered by Republicans discrediting the governor's re-election hopes and shaken by those fearing unnecessary bureaucracy. 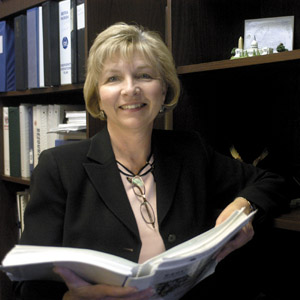 When the Louisiana Recovery Authority was formed last year by Gov. Kathleen Blanco to help guide the state through rebuilding, it quickly picked up a powerful team of cheerleaders. Fortune magazine referred to the LRA as the "most effective official body in the post-Katrina debacle." During his speech on the one-year anniversary of the devastating storm, President Bush said the group had "done a really good job of developing a strategy, a plan, to help renew communities."

But local detractors are starting to line up, and parties on both sides of the debate seem hell-bent on using the LRA for political means in an election year. Republicans want to know why Blanco's name is plastered all over the group's Road Home program, in advertisements and elsewhere, and the GOP legislative delegation recently tried to call a special session in part to conduct a thorough review of the LRA. Meanwhile, from an administrative side, questions about the authority's purpose and future are sprouting up, peppered with concerns that the multi-million dollar state agency is forming complex layers of bureaucracy. The LRA is slated to be dissolved in four years, but no one ' not even the top brass ' knows how long it will take to get the job done.

The Louisiana Legislature created the LRA last year with a nearly unanimous vote of both chambers. The authority was charged with bridging gaps between state, local and federal governments; drafting highly controversial recovery plans and coordinating all state agencies.

Dr. Kirby Goidel, director of the Public Policy Research Lab at Louisiana State University, says that formula is ripe for election year antics. In coming months, the LRA will become even more of a political tool for the administration and opposing factions, and the average voter will become more aware of the rhetoric. "Blanco's political future resides in the success or failure of the LRA, to a great extent," he says. "It's certainly one of those things that Republicans will be addressing and watching closely. Even though I'd like to think the progress of our recovery will be judged on an even scale, the main factors will probably be political."

In many ways, the games have already started. Rep. Peppi Bruneau, a New Orleans Republican, says he has asked the attorney general to issue a ruling on whether the governor can label the Road Home program, which is responsible for distributing federal rebuilding money, as her own. "You have no doubt seen it on television and everywhere else," Bruneau says. "What exactly is the propriety of that?"

Republicans want an in-depth review of the LRA, which hasn't happened yet. A hearing was scheduled last week in the House and Governmental Affairs Committee, which has oversight, and Bruneau promises the issue will not die on the vine.

Republicans contend the LRA has grown to mammoth proportions. Furthermore, the LRA is doing a job the state could have handled on its own, Bruneau says. "I don't want this to be on a partisan basis, but this is a critical thing," he adds. "I just don't see why we can't do something that's simple. My opinion is we don't need them. We ought to be in the check-writing business and that's it. It's intrusive and obnoxious. It's well on the way to becoming a bureaucratic nightmare."

Andy Kopplin, the LRA's executive director, says the authority was created with a bipartisan board that has donated time, credibility and, in some cases, money. Only $771,000 of the LRA's total $3.8 million budget comes from the state general fund. Additionally, when a regional planning commission needed to be created, Kopplin says the board privately raised $8 million to form a nonprofit, all outside the realm of normal government function.

Additionally, the heavy lifting is being done by departments like Louisiana Economic Development and the Labor Department that were created long before Katrina and Rita ever hit south Louisiana. "The key thing is, while the LRA is a new organization, and it plays an advanced policy-making role, the programs are being implemented by the very same agencies that have been in existence for a long time," he says.

Kopplin maintains those agencies couldn't continue operating on their own without a massive oversight authority, saying there was a "clarion call" from state and federal officials. The Manhattan Development Commission, which was created in the wake of 9/11, was used as a model, he says, and the fact that Mississippi didn't do the same shouldn't raise a red flag. "Our recovery is 964 square miles, two storms and a bigger level of development," Kopplin says. "We have different challenges."

According to the law that created the LRA, the authority will be dissolved on July 1, 2010, unless re-created by the Legislature. But no one seems to know how long it will take for the LRA to accomplish its mission. "It's way too early to tell," Kopplin says. He's also unsure if the authority's 30-member staff will need to be expanded in the future and says more federal money will likely be needed in coming years to assist with a variety of studies.

Even from within its own ranks, there are concerns that the LRA and its related programs could be perceived as a burgeoning bureaucracy. Simone B. Champagne, the chief administrative officer of Iberia Parish Government and a recently-appointed board member of the Road Home Corp., says the various layers of operation are complex, but the right kind of leadership is in place to make sure things don't get out of control. "I think we can work through those kinds of problems," she says.

They certainly could work faster; the payment process has been excruciatingly slow. According to interviews granted by LRA officials in recent months, only 11 people had received checks as of the end of September, with more checks on hold until the end of December or later. And only 250 people have been notified that they'll be receiving money in the future, even though the LRA has roughly $10 billion at its disposal. Some political pundits have observed that Blanco might benefit from sitting on the money and releasing it just prior to the 2007 election.

Barry Erwin, president of a Council for a Better Louisiana, a nonprofit that monitors the activities of state government, supports the original mission of the LRA, but says a comprehensive review is needed to soon to check on progress. How programs are being administered, how money is being spent and how decisions are being made are all legitimate questions.

"No matter who would have been selected to manage this recovery, there would have been problems and complaints," he says. "It's such a huge undertaking, and only time will tell how successful this strategy was."