Delicate and mannered. Grooving and eclectic. Other times tweaky and dissonant. Over the course of the past nine years and five records, Rotary Downs have dutifully carried the indie torch for New Orleans underground music scene. Competing for artistic real estate in a city dominated by funk, jazz, and R&B, they've soldiered on and now occupy the roles of what could be described as stately elders of the scene.  [Rotary Downs](Rotary Downs) reside in a world where rock theatrics and over the top shenanigans are replaced with exquisite song craft, lyrical dexterity, and a musical adventurousness that refuses to honor any conventional orthodoxy or stylistic barriers. Their tunes bounce, roll, and sneak along in fits of magical realism, backed by a mellow wizardry, that gives way to layers and layers of poly-woven subcontextual feasts. It's facilitated with traditional rock instrumentation, but with something subtle and intriguing cloaked beneath it, like the chambers of an owl's heart embedded within each element.  Rotary Downs play Grant Street tonight, Sept. 3 with the bun kicking groove and melodic onslaught of The Picardy Birds. 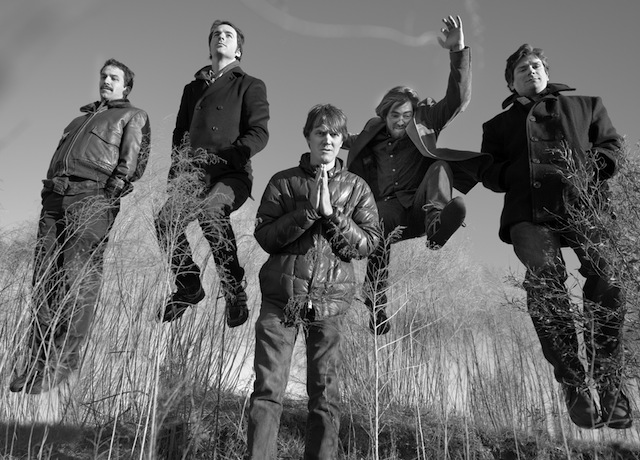 1.  What's up with the new record? What's the action?
Considering we have laid tracks at about every studio in New Orleans, only to finish it up again in Lafayette makes us want to start making our own boudin and move there. We are very proud of the record and ready to watch the baby crawl, walk, strut, then get panties thrown in its face at every turn. This is our fifth album.

2.  Hardest lesson to learn about the music industry?
So much of the music "business" takes place in bars or nightclubs. This inherently makes all proposals and promises dubious. Very important to remember. Enjoy it for what it is.

5. Guitarist Mike Bloomfield once famously espoused: "Dig yourselvesbecause it's really groovy." In the event of losing one's grooviness by age, cultural shift, insurance fraud, divorce, whatever - what method should one most avoid in attempting to regain it?
To regain the groove one once had, all one must do is reinvent the groove. The groove must not get stale, it must evolve.

6. James Marler studied English literature, correct? Give us a literary breakdown of what's happening in this brilliant stanza by a famous English poet.
You know I'm born to lose, and gambling's for fools,
But that's the way I like it baby,
I don't wanna live forever.

James: In these lines, the poet explains to his "baby" (who may be assumed to be either the object of his affection or his fellow man/woman in general), his realization that he is fated for negative results in life, which he perceives to be, broadly, an asinine competition one which he accepts and relishes. As per the biblical parable, the
protagonist imagines himself, perhaps, as a lemming (or colloquially, a "Lemmy"), racing blindly and enthusiastically over a cliff. The difference here though, is that this Lemmy understands what lies just ahead of him and, all things considered, welcomes the oblivion that awaits.

7. Worst gig ever?
A daiquiri shop in Gulf Shores playing to four drunks, two pool tables, and a broken Centipede game. The guarantee was $300 (a lot in 2004 Rotary Downs days) plus free booze, so there was no turning it down. The ex-Molly Hatchet bass player look-a-like winner was shouting "MORE ZEPPLLINNNNNNNN" the whole time. And to add insult to injury, I believe this was a one-off gig. We drove therefor that. Go Figure.

8. Next evolution of mankind: blind date with disaster or metaphysical upgrade?
Upgrade for sure.

9. Pissing in the wind vs. holding it in?
Sometimes in life you just gotta let it go, even if it gets a bit messy.