LIL'BAND O'GOLD
You can't get more laid back or old school than Lil'Band O'Gold - the only band that needs two apostrophes in its name to properly convey the down home, colloquial hoodoo of its birthing. They host their own Saint's Kick-off Party at Blue Moon on Sept. 9.

LIL'BAND O'GOLD
You can't get more laid back or old school than Lil'Band O'Gold - the only band that needs two apostrophes in its name to properly convey the down home, colloquial hoodoo of its birthing. They host their own Saint's Kick-off Party at Blue Moon on Sept. 9.

ACTING UP
Acting Up (in Acadiana) are back with another round of PLAY. MUSIC. HEAL, A Neo-Traditional Manifesto. Directed by Amy Waguespack, it is an original play with written contributions from Marla Kristicevich, Clare Martin, Walter Pierce and Darrell Bourque. Check it.

ETC
The weather is chill. The insane heat of the summer has finally mellowed a bit. It's time to walk outside and feel sane again. The indie-roots, Cajun-folk of Feu Follet kicks off the Fall 2010 season of DTA at Parc International on Sept. 10...The legendary Greg Ginn returns to Lafayette. This time he's is paired up with Taylor Texas Corrugators guitarist Gary Piazza. They play Artmosphere on Sept. 8 with Sam Rey and The Nerostotles...Twee-Rex psych-garage rockers Bird City have been busy. If you haven't peeped their video for "Black Eyes" on YouTube, you should. It's pretty good bird watching. They'll screen that thing on Sept. 11 at Cite des Arts as well as play a show.

ETC: GULF OIL SPILL SONG EDITION
In the folk tradition of documenting everything from mine disasters to hurricanes, local musicians have been reading up and writing down their thoughts in song form in regards to the Gulf oil spill. Mike Dean's got one ("Lift the Ban"). Foul Stench of Youth has one ("Flatline Blame BP"); I haven't heard it, but they say it's good. I'm sure other musicians out there got some BP songsHell, Drew Landry ("BP Blues") broke his out on CSPAN and spun that whole "singing crawfisherman" thing into a record deal. NICE! Got to speak up to be heard. Check them all out online or live.

NEW RELEASE: MELT WHITE, BRASS BED
Bands come and go. Most last a year. Some make it to five. Some bands muster the intestinal fortitude to tour, release records, weather the arbitrary quirks of the music scene, and somehow manage to not get jaded. They are the true souls. Brass Bed is on that road. No longer just a wispy band of young pups with a Wilco fixation, Brass Bed are now a Man-Band, baby, with seasoned chops, road miles on them and a creatively spirited mojo that is at times fearless and spectral in its marked tendency to avoid anything youthfully aggro or predictably dumb. The man-tooth erudition and scholarly manner with which they've absorbed their influences make Brass Bed unique. From soul surf to Twickenham twang to banjo skronk to the entire alt-indie-post-rock catalogue, Brass Bed has absorbed it all and forged it into their own quirky, experimental pop brand of tunes. All the above are on display on Brass Bed's second release, Melt White; schizoid ambience, muscular chops, first-class songwriting and the melodic eccentricity they have thoughtfully crafted since 2004. Brass Bed throws its CD release party at Blue Moon on Sept. 10. 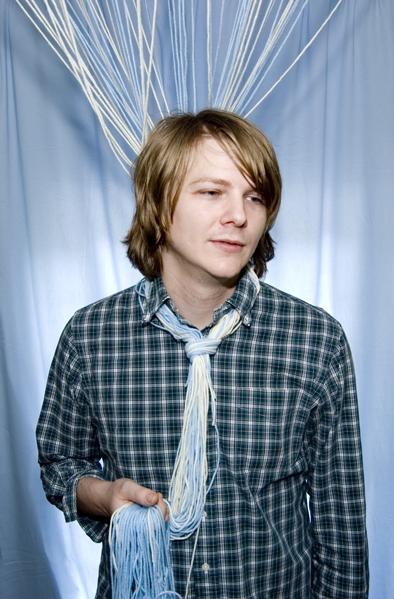 What's up with the new record? What's different this second time around? Melt White is much more dynamic than Midnight Matinee. We knew exactly what we wanted going in, which enabled us to execute the tracks live. For the most part, the basics are live. Guitar solos are live, bass tones are live, f**k ups are live. Though the record is heavily produced, it still has an energy that can only be captured in live tracking. Did I say that it was live?

You did mention it was live. What's next for Brass Bed? We're already pretty far along in compiling basic structures and ideas for a new record's worth of material. We'll be touring on Melt White for sometime, but with any luck we'll be able to follow it up real quick like.

You into books, writers? I've been reading my fair share of sci-fi and alternative history. To that end, I really dug Phillip Roth's Plot Against America and Phillip K. Dick's Man In The High Castle. My favorite writers are mostly philosophers like Kierkegaard, Nietzsche, Dostoevsky,and Alasdair MacIntyre. I also like some other Russian dissident type stuff.

When is it most appropriate to wear the Vampire Prince of Monaco pants suit?
Never after labor day. Clearly.

Worst gig ever? The Pit in Jacksonville, Florida. We played behind a cage with only the other band and the sound guy in attendance, who decided it was a good time to try out every FX patch on his board.

In the event of an extinction level event, what are the first three things an individual must do? Obtain a mate of the opposite sex, a boombox and baby-making music.

What is the difference between metal and stainless steel? Trick question. Stainless steel is a type of metal. Suck it.

True or False:
Once in a while I think of things too bad to talk about.     very true
My family does not like the work I have chosen    false
I like mechanic magazines.    false
I have had difficulty starting or holding my bowel movement.    depends
I like to cruise by the Girls Catholic School in my car.    I try to avoid it

When involuntarily forced to piss in the wind, metaphorically speaking, what is the proper technique one should use to minimize splatter? Simultaneously jockey backward as to keep the stream falling in front of you.

Who controls the money? The government, considering they can print as much of it as they want. When I do that in my laundry room, it's called counterfeiting.

If out of economic necessity you were forced to create and market your own brand of men's dungarees, what would the line be called? Mader's Gatorchosen Lederhosen