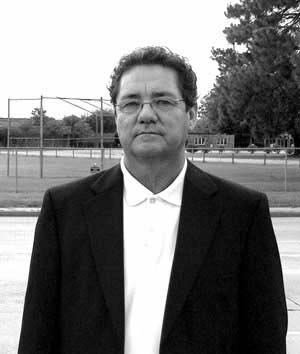 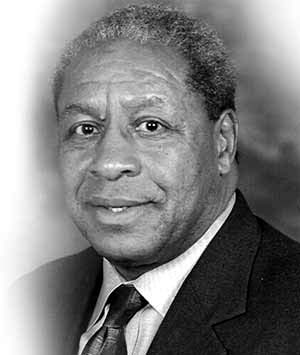 James Easton often finds himself in a catch-22 as superintendent of the Lafayette Parish School System. When he implements policies set by the school board, there are inevitable repercussions from teachers, administrators and board members affected by changes. He's facing renewed criticism of his school system reorganization plan and says the last thing he wants to see is for the school system to become static. "We are always trying to empower our personnel to succeed in a way that results in the collective organization succeeding in our district," Easton says. "The conflict occurs often because it often becomes politicized."

The board recently approved adopting the final phase of Easton's reorganization plan, which is expected to save the school system approximately $670,000.

Easton presented the plan in 2002 as a means for the administration staff to become leaner in the wake of rising employee retirement and health care costs. Retirement costs alone rose by about $4 million for the school board last year. This year's projections have them raising another $500,000.

School board members largely agree that this last phase represents the most significant and difficult change for the school system. In addition, the school system is now beginning to implement the board's decision last year, based on the superintendent's recommendation, to cut some teacher positions in order to save about $2.5 million.

"It's a lot to take on," says board member Mike Hefner. "From a board member standpoint these are some very significant changes, but also some very far-reaching changes."

The growing pains associated with reorganization have proven politically difficult. Last August, Easton's revamped transportation department, headed by its new director Daniel Michel, implemented consolidated bus routes that resulted in students being overcrowded on buses or left with no ride at all. The transportation kinks took months to iron out, and the debacle incited a petition, which ultimately failed, to remove both Easton and Michel.

The latest bout of criticism focuses on sweeping administrative changes that began to take effect last year. Easton has consolidated his administrative staff through a string of promotions, transfers, and job creations and eliminations.

"Last year when they reorganized, they created some positions that now they're eliminating," notes School Board President John Earl Guidry. "I don't understand it." Guidry was one of three school board members voting against the plan at a board meeting earlier this month. Five board members voted for the plan. One of Easton's most vocal critics, board member David Thibodaux, was recovering from a recent stroke and was absent for the vote.

The reorganization eliminates 12 positions from administrative staff ' including some of the school system's most venerable employees. Lawrence Lilly, who has worked for the school system as a teacher, principal and central office administrator for more than 35 years, doesn't know where he will work this coming school year. Three years ago, Lilly headed up the personnel department. Last year's reorganization transferred him to director of maintenance. As of July 1, that position was eliminated. Reached by phone at his home, Lilly, who is tenured as a principal, declined comment.

Another longtime employee in limbo is Charles Dennis. Dennis, a 30-year staple of the school system staff, worked last year as director of curriculum and special programs ' duties that are now being redistributed throughout the department. Dennis previously served as director of schools, a job that Easton has folded into three area director positions. (Dennis, who was recently injured in an automobile accident, could not be reached for comment.) The new plan also eliminates the need for maintenance services coordinator; the position was held by Pat Credeur, a 21-year employee of the parish school system.

"The names of the people who change is irrelevant," says Easton. "We're talking about the people whose positions and functions we've found are redundant. We just don't need several folks doing the same thing."

Both Guidry and School Board Vice President Ed Sam aren't happy with the moves. "Some of these were longtime employees with the system," Sam says. "Employees that had 20 or more years with the school system. People that were nearing retirement."

Sam understands the board's need to reign in spending, but questions the money that was spent for raises in the reorganization plan. "Maybe something else could have been done," he says. "Had [Easton] not given some of these high, terrific salary raises, then maybe our budget wouldn't be in that situation."

Easton's reorganization and job shuffling mean more responsibility ' and more money ' for many members of his top staff. Chief Financial Officer Jules Gaudin received an $8,500 raise last year, up to $93,501.76, in the process of taking on some additional department work. Chief Administrative Officer and Academic Director Burnell Lemoine got an $8,368 raise, up to $92,057. Gaudin's and Lemoine's secretaries also got raises of more than $7,000, but will now be logging more workdays. The school system's three area supervisors took raises of up to $15,000 to place their salaries at $81,842.

Easton says he is aiming to develop a smaller, more highly qualified staff.

But some board members ' including Sam, Guidry and Thibodaux ' are also asking whether some of the promotions and job transfers included in Easton's plan weren't actually new jobs, which should have been advertised for and opened up for applications. The board balked on approving Easton's recommendation to allow the board's grant writer to become a grants administrator and take on all Title I funding. (Title I provides funds to schools with a high percentage of low-income students. The board opted to hold off and advertise for that position.)

Easton says while it may now appear like the system is giving extravagant promotions, he is asking the board to have some faith in the consolidations. In many cases, he says, the school system is practically getting two jobs for the price of one.

For example, Mona Bernard, the school system's risk manager, is now taking on the added responsibility of Dennis' previous post as human resources director. She received a $19,000 raise.

"In the long term," Easton says, "you can see that if a person received a salary increase it won't compare with paying two separate salaries and two separate benefits."

Supporters of the plan say the staffing cuts are needed in order to follow the school board's directive to balance the budget and keep spending focused in the classroom.

For McGoffin and other supporters, the board's vote of confidence in the plan shows that it is willing to pay the price to make its budget work. Last year, facing an $8 million budget deficit, the board revised its teacher staffing formula. That adjustment, largely taking effect this year, is expected to result in the elimination of approximately 26 elementary and high school teaching positions and save the board about $2.5 million.

Board member Sam is hearing the outcry from high school teachers, who complain that the staff cuts won't allow schools to adequately carry out all of the special programs the school system has implemented in recent years, including career academies and block scheduling. Due to concern over the effect of the cuts, Sam requested that the board readdress the issue at its July 20 meeting.

For Hefner, a 15-year school board veteran, Easton's recommended spending cuts are proof that the superintendent is less concerned with political popularity than past school system administrators.

"That's why this last phase of the reorganization was so difficult for a lot of us," he says. "Because it affected people we had established strong relationships with over the years, and the reorganization plan was going to be detrimental to them. But it comes down to that basic fundamental role of a board member ' to set the direction and the policy and hold the superintendent accountable for carrying them out.

"Things are different," continues Hefner. "This is the first school system reorganization since the new federal and state accountability programs have kicked in. Schools are being required to do things now that they weren't required to do a few years ago. So it's probably a good idea to take a look at your organization and make sure it's set up to be responsive to that."