The Alamo on Simcoe Street was the site of a Sept. 11 opening reception for aspiring artist Eddie Granger of Lafayette, a senior at UL majoring in architecture. Hosting the reception were Ind Editorial Director Leslie Turk, Sissy Belfour, Nicole Turk of Eunice, and Kathryn Turk Guidry of Yelm, Wash., four of Granger's aunts. Guests were treated to wine, beer and refreshments as they perused the gallery walls, which were filled with Granger's abstracts - which he says document his emotions over the past three years - and nature-inspired works. Take some time out of your busy schedule this week to check out the show, but you don't have much time to get your "Eddie" at The Alamao, as the artwork is scheduled to come down Sept. 24. Granger, however, says he will soon be announcing his next art exhibit.

Those Junior League ladies really know how to throw a bash! The crowd came out in droves for the Tinsel and Treasures Sponsor Party to enjoy live music by the Ron Crowley Project, along with food from á la carte and libations from Republic National Distributing. Good thing sponsor IberiaBank provided its generous lobby space, which was decorated to the hilt by Event Rental's Richard Young with leopard-printed tablecloths sprinkled with rose petals and girlie-pink candy favors. Michael Doumit (Party Girl's favorite caterer) really outdid himself with the spectacular spread. Poupart's donated mini cookie bags for guests to take home as memoirs of the festive event. Dressed to the nines were Judy Kennedy, looking svelte in a peek-a-boo cocktail dress, Karen King in a glitzy sheer chemise and Mary Guidry in a classic little black dress with pearls.
Party On! 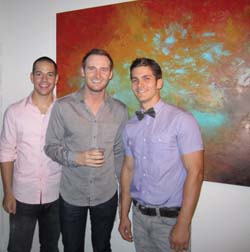 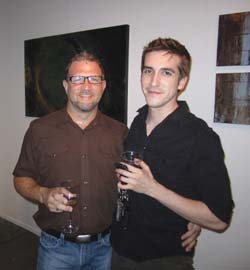 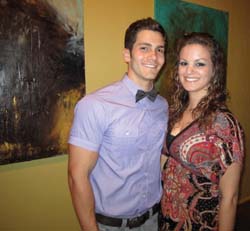 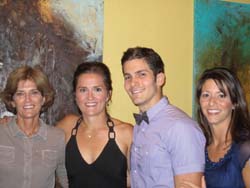 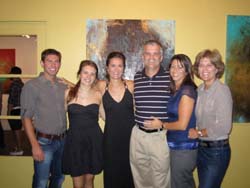 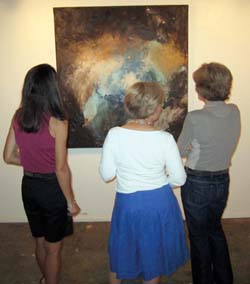 One of Granger's latest works, "Whirlpool"
was a show favorite 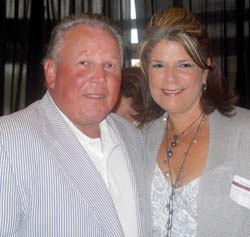 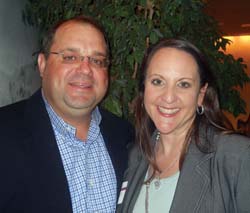 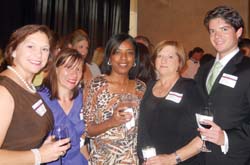 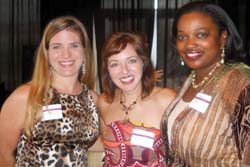 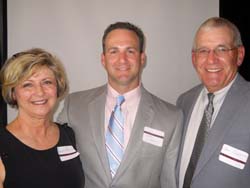 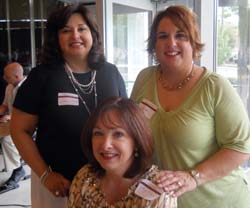 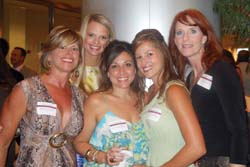