On Thursday Sadie's hosts an electronic music showcase featuring some of Lafayette's most badass electroid boys and digit-girls.

Electronic-based music ain't all blips, beeps and tweepers. Whereas electronic music once sought to convey the cold, urban and industrial detachment of urban life, much of it now seeks a warmth and heart within the chilly machinery of the modern world. There's an electric kind of soul vibrating in the marrow of much of today's modern electronic composition. Call it techno, rave, electronic, whatever. Lafayette has a long history of electronic music clubs and composers who rely less on traditional rock instrumentation and more on the digital generation of sound. From the MDMA overdrive of the Kingfish, Outer Limits, and Intersections clubs to the alt-underground, Goth-era of Nitecaps to the millennial advances of home-based recording, the electronic music scene in Acadiana is alive and kicking and has been for a decades. Tonight Sadie's hosts an electronic music showcase featuring some of Lafayette's most badass electroid boys and cathodic girls. "Instead of using the computer to play backing tracks, everyone uses the computer as an instrument. We aren't reinventing the wheel, but electronic musicians in town are just becoming more prevalent," says electronic composer Jonathan Romein  "There's definitely a community vibe going on with this. Instead of everyone trying to do whatever they can to help themselves and get over on the next guy, we are all getting together and teaching each other new tricks, geeking out over gear, and discussing techniques." The showcase will feature local composers The Reaching Hand, He Is Hailed, Honeypillow, Blue Dog Black and Milk. Be at Sadie's tonight, Sept. 23. Cover is only $2. Go. 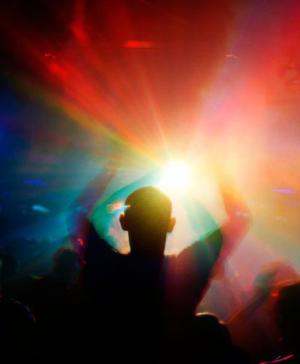