Here is the live music and entertainment rundown on cool things happening in Acadiana over the weekend (Sept. 23-26).

Here is the live music and entertainment rundown on cool things happening in Acadiana over the weekend (Sept. 23-26).

Vocalist and percussionist Cyril Neville is part of a New Orleans musical dynasty that stretches from the early 60s to the present. Over the past four decades, the Neville brothers put their own inimitable mark on funk, soul, R&B, and pop music. And in turn, Cyril Neville has put his own mark on everything from the Meters to the Neville Brothers and beyond with his spirited voice and relaxed delivery. Like all the Neville brothers, he's a legend in the making and a part of the varied musical tapestry that comprises New Orleans. Cyril Neville plays Artmosphere on Sept. 24. 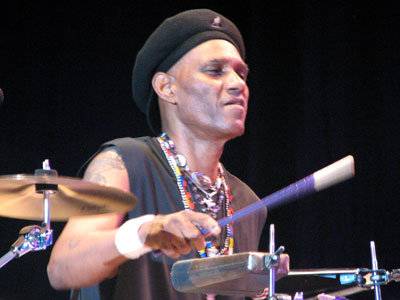 If you like your country music with more old school tumbleweed and Texas twang than fast burning plastic of the modern world, then you should pick up Yvette Landry's new solo CD Should Have Known. Like some Cajun queen bee from another era, The Bonsoir, Catin bassist picks up her acoustic guitar to belt out 16 original tunes that trace the arch of romance from holding hands to one night stands to making long term plans. Filled with bitter-sweet tales of love lost, found, and turned around, it'll have you crying in your beers and jerking the tears off your torn-off shirt sleeves. Co-produced by Joel Savoy and Landry, the CD plays like a woman's honky tonk companion piece/travel guide through the back roads of the heart with upswings through the highs ("Blue Moon Girl") and pensive meditations on the lows ("Where Memories are Gold"). Yvette Landry throws her CD Release party at Blue Moon with Troy Richard and Richard Revue on Sept. 25. 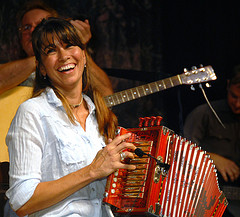 Vocalist/guitarist, Lee Chester "L.C." Ulmer of Ellisville, Mississippi is a living relic of the rich, culturally mammoth Mississippi blues. Born in 1928 in Stringer, Mississippi with six brothers and seven sisters, Ulmer began playing guitar when he was nine years old. A working man, he traveled, built railway trestles across Lake Pontchartrain among many other jobs and quietly honed his craft, fine tuning his propulsive boogie-style blues. No overnight success or pop-hype sensation, after playing for 70 years, Ulmer is finally getting his due for his talent as a blues singer and writer. He performs only songs he has written and he'll be doing it at the Blue Moon on Sept. 26

There's no better place to hang after DTA than Antlers, so you may as well keep the downtown party going. Antler's is an institution of great food, good people, and live music. Slack Jaw Jane plays Antlers after Downtown Alive on Sept. 24.

And here's the rest of the stuff that's popping off around Acadiana...The Freetown Hounds, Wildfires, Omean DJ Nick James play Sadie's on Sept. 24Blue Moon is starting up an Acoustic Night / Nu Moon Revue hosted by Sam Broussard and Ray Bonneville. It kicks off on Sept. 23Black Joe Lewis and the Honey Bears + The Founding Fathers play Blue Moon on Sept. 24Devon Allman, son of Gregg Allman of the Allman Brothers, has his own band. They're called Honeytribe. They're pretty good and he sounds like his oldman. Go figure. They play Grant Street on Sept. 23The people's favorite cover band, The Chee Weez, play Nitetown on Sept. 24