When it comes to municipal broadband networks, Lafayette and New Orleans are on the same track. 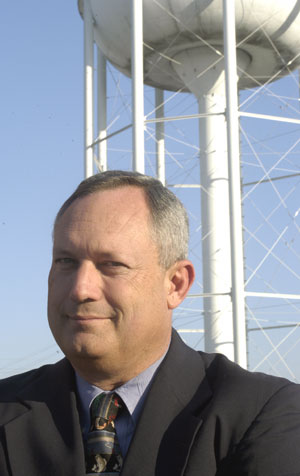 Last week, Mayor Ray Nagin announced that the city of New Orleans would offer the nation's largest free municipal wireless network. He touted it as a bold step toward recovery for the paralyzed city.

BellSouth doesn't see it that way. In what's becoming a common refrain, the telecom cited unfair competition from government and added that under normal conditions ' without its state of emergency status ' New Orleans would be violating state law.

It's a story Lafayette knows well. BellSouth has been a driving force of opposition ' along with Cox Communications ' against Lafayette Utilities System's proposed fiber-to-the-home network. The public utility company's plan to build out fiber optics throughout the city and offer phone, cable and high-speed Internet is awaiting resolution of a lawsuit filed by BellSouth.

City-Parish President Joey Durel, who has made the LUS initiative a cornerstone of his administration, plans to work with New Orleans city officials to remove all barriers to municipalities competing with incumbent telecommunications companies. He says the laws have been abused by BellSouth and used as delay tactics.

Under Louisiana's Local Government Fair Competition Act, municipalities are prevented from offering phone, cable or Internet service faster than 144 megabits per second without first going through a series of steps that include conducting a feasibility study and holding public hearings and a referendum on the issue. The law also sets parameters over a municipality's ability to fund such a project.

In an unusual twist last year, BellSouth and LUS worked together with lawmakers to shape the legislation. "It turns out it was just a ploy," says Durel. "[BellSouth] is abusing that bill now to do what they're doing, and it's ultimately going to prevent New Orleans from doing something wonderful for their community. What we need to do more than anything is work with the New Orleans delegation and our delegation and get that law repealed. We negotiated in good faith. We compromised on some things that we would not have compromised on if we had known that these people were not sincere."

It remains unclear whether the state law, which refers to local governments who provide telecommunications services "to one or more subscribers," would apply to a government that is offering a free Internet service, without any paid subscribers. However, New Orleans city officials have indicated that they are interested in challenging the law.

BellSouth New Orleans spokesman Merlin Villar says the company understands the city's need to "jumpstart revitalization," but it believes that the city's current operation goes against the law.

"As a general matter," he says via e-mail, "our position consistently has been and remains that government-owned wireless networks should operate by the same rules as other communications service providers including wireless, telecom and cable providers. There are laws in place in Louisiana ' including the Local Government Fair Competition Act and rules promulgated by the Louisiana Public Service Commission ' which prevent cross subsidization and other anti-competitive activities. These laws were designed to create a level playing field in these competitive industries. We would hope that the city acknowledges its intention to follow these laws."

New Orleans city officials claim that BellSouth's opposition to their wireless network has been so fierce that the company rescinded an offer to donate one of its damaged buildings to the displaced New Orleans Police Department because of it.

New Orleans Chief Technology Officer Greg Meffert told the Washington Post last Saturday that New Orleans' wireless network represents a "once-in-a-century opportunity to truly show the entire world what can be, instead of just what is, and help write future history in the process. It's a damn shame they [BellSouth] don't see that."

The comments echo the harsh words Lafayette officials recently had for BellSouth officials. Last week, Durel and a team of supporters took out a full page newspaper ad and published an open letter to BellSouth executives, deriding the company as a "corporate Goliath" that "attempts to derail what our voters have said is best for our community."

Lafayette city voters approved the sale of $125 million in bonds to fund the project in July, following a lawsuit from Cox and BellSouth. Since the election, LUS has won its right to proceed as planned in battles before the state Public Service Commission and in district court. BellSouth recently appealed the district court decision.

Lafayette City-Parish Attorney Pat Ottinger says he hopes the suit does not drag on beyond spring. If BellSouth loses its appeal in appellate court, it could appeal to the state Supreme Court, which would then have to decide on whether or not to hear the case. BellSouth also has until Dec. 12 to challenge the PSC's rules governing LUS' accounting procedures, which could further delay the project.

Durel says that BellSouth's persistent objections to the city's plans aren't helping the company. "I think that locally they've done all the damage they can do to themselves," he says. "The real goal of [the open letter] was to hopefully get [CEO] Duane Ackerman to wake up and realize that they're not doing themselves any favors with their public image and that Louisiana needs a hand up, not somebody whose keeping their thumb on us."

For longtime proponents of Lafayette's fiber optics project, like John St. Julien, who maintains the blog site www.lafayetteprofiber.com, the current situation in New Orleans represents "a pretty obvious opportunity" for the two cities to come together and fight for their common interests.

"If you could put the Acadiana delegation together with the New Orleans delegation you could have a real voting bloc," St. Julien says. "If there was no law then [LUS] wouldn't be in court right now. If that law could be wiped off the books all these legal objections would be washed out. There'd be no stopping us. We need to have the freedom to compete and deregulate. Take all the restrictions of who can compete out. That would be the real solution."

Durel insists that changing state law will be of greater benefit to other communities. "Lafayette's going to get this done. Whether they delay it another year or so [remains] to be seen. For other communities to get it done is going to be nearly impossible [under the existing law].

"We could have been wireless a year ago," he adds. "But with everything else we were doing it was just not worth additional burden on the group of people that are working on the fiber."

The long struggle for LUS hasn't been cheap. It has spent $1.5 million on studies, public information campaigns and legal fees for the project, according to LUS Director Terry Huval. In the past two months alone, LUS has paid $59,488 in legal fees for work related to its fiber project.

Although interest rates have also been on a slight rise since LUS began proceeding with its plans, Huval says the actual material cost of the fiber has been going down, and the overall cost of the project remains roughly what was accounted for.

"I don't think the dollar amount is the big issue as much as it is the delay," says Durel. "If BellSouth or Cox had never gotten in the way of this and tried to put the hurdles up that they have put, we would already be servicing our first customer. How much does it cost us not to have this going? How much does it cost Lafayette and Louisiana as other communities see what we've been doing and they start trying to do this themselves? We can either lead or we can follow, and we have an opportunity to lead right now and to be a spotlight for the nation."