On Saturday, Aug. 28, Mazen Grill was the scene of a memorable event honoring local landman Pit Hesterly's six decades of life. More than 120 family and friends arrived from across the area and state, with some coming from as far as Minnesota, Texas, Utah, Mississippi and Florida. Many sent in favorite stories and comments about Pit in advance, and these statements hung all around the room with photos capturing him from his earliest years to today. If you know Pit, you understand why so many of his friends noted his staggering grasp of the English language - Party Girl would not play iPhone Scrabble with him! But a few of the comments really stood out, among which was this one from Robert Powell, Pit's nephew: "Who can recite entire passages from Shakespeare verbatim? Uncle Pit. Who can convince you that he is fluent in over a dozen languages? Uncle Pit. Who can carry on an engaging conversation with a perfect stranger from any walk of life? Uncle Pit. Who can talk the entire time during his own back swing and come up with an amazing iron shot? Uncle Pit."

And then there was the one from Tom Lee, a client from Dallas: "Who is Pit Hesterly? He is: the fastest talker in Acadiana, a raconteur extraordinaire, an amazing fount of knowledge and one of my Who Wants to be a Millionaire' lifelines, an expert negotiator, a brilliant strategist, an ADHD poster child, a Renaissance Man, an excellent confidante and advisor, a formidable opponent in any sport or game because he possesses the deadly combination of skills, brains, and uncanny luck, an Elvis impersonator (not really), a devoted family man, my loyal and dependable friend for life."
Yep, that's Pit. 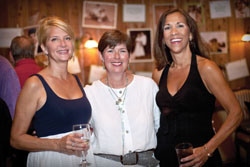 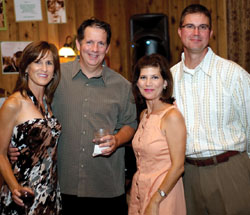 Bobette and Joel Robideaux, and Renée
and Jerry Reaux 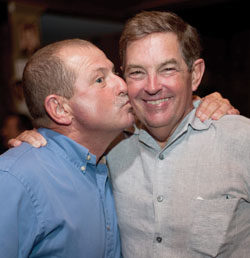 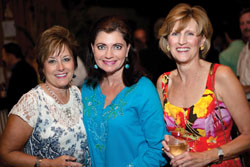 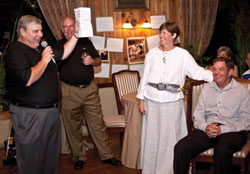 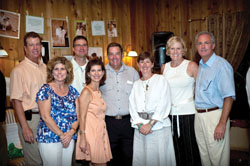 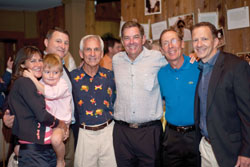 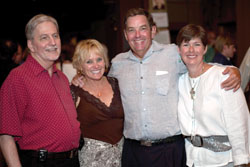 Lewis and Suzy Cummings, and Pit and
Elizabeth Hesterly 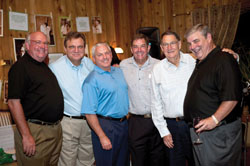 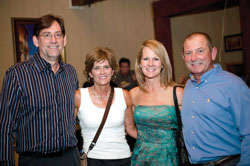 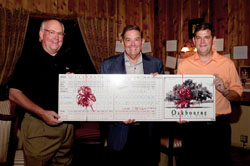