Greg Davis is nothing if not resilient. This newspaper's admiration for the Cajundome director is well-chronicled, so the timbre of this column will come as little surprise to many.

Greg Davis is nothing if not resilient. This newspaper's admiration for the Cajundome director is well-chronicled, so the timbre of this column will come as little surprise to many. 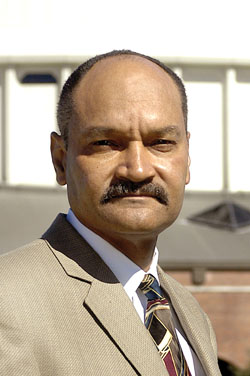 I was reminded last week of how committed Greg is to improving public education in Lafayette Parish, especially for poor students. Just three days removed from losing the election for the District 2 seat on the Lafayette Parish School Board by four votes - four votes! - Davis was back at the stove stirring the pot. I had the opportunity, along with a few other Ind staff members, of sitting down with him. He was upbeat and forward looking, sanguine and resolved. At that point there was no reason to believe that victor Tommy Angelle wouldn't be the next District 2 rep on the board, and although Greg and a few supporters were watching the post-election process closely for irregularities - how could they not, given the painfully close margin of defeat? - he was already mulling ways of effecting improvements from outside the system, as he has long endeavored. His membership in 100 Black Men - a galvanizing force in preventing the dissolution of N.P. Moss Middle School - and the Lafayette Public Education Stakeholders Council is intact. His research in educational best practices continues. His willingness to challenge the school system and the community to have the highest expectations is unwavering. It's fair to say the performance of public education would not be a cause célèbre in Lafayette Parish, as much as that can be said, were it not for Davis' persistence. He keeps his eye on the ball.

Those of us who supported Greg's candidacy knew it was a long shot - a black man in a white district, a city man in a country district; demographics were against him from the moment he qualified to run.

Within days of this meeting, more performance scores trickled out of the state Department of Education, painting, yet again, a picture of torpor for our parish, and magnifying our sense that an opening for introducing reform into a bureaucracy that resists it had slammed shut.

Most of us have little doubt that the regime in Lafayette public education, both at the administrative and elected levels, has good intentions. But the school system's lethargic progress is frustrating to say the least. Lafayette's district performance score climbed just two tenths of a percent, to 96.5 - a growth rate that ranked 43rd in the state. It is foregone that the goal of achieving a 120 DPS by 2013 will not be achieved, and our overall DPS ranking statewide dipped from 22nd to 24th. Being 24th out of 71 school districts in Louisiana makes us the top-performing school system in the middle third - that's middle of the pack in a state that ranks 47th in the nation.

The number of four-star schools in Lafayette did increase, and the graduation rate climbed a healthy 3.5 percent, from 67.7 to 70.4 percent. Yet neighboring Vermilion Parish's graduation rate jumped from 67.4 to 81 percent, a 12.5 percent increase. How does this happen? Why them, not us?

By week's end, as the DOE performance scores added a dark patina to our electoral lamentations, it appeared Greg might have an opening to challenge the election. Four votes is a margin that naturally raises eyebrows, that begs a second look precinct by precinct. Friday morning it appeared there were enough irregularities to challenge. Hours later, after the registrar and secretary of state's offices satisfied any misgivings, Greg conceded the race. With grace.