Lafayette comic artist Kody Chamberlain's comic punks has been licensed by MTV.
As usual, Lafayette comic artist Kody Chamberlain has a lot of stuff going on. If he's not writing, illustrating, and releasing his own graphic novel, he's hosting the Grinder Creative Arts Expo or working on his next genre bending project. This week, MTV licensed the rights for the comic Punks. Originally published by Digital Webbing Press, Punks was written by critically acclaimed comics scribe, Joshua Hale Fialkov (Elk's Run, Western Tales of Terror) and illustrated by Kody Chamberlain. Punks, along with other cutting edge graphic novels and comics, will be available for digital download through MTV's comic division now known as MTV Geek. "We are very excited to be working with MTV and their comic division. This is huge. Their audience is huge," says Chamberlain. "We're going to try not to suck."

Like much of the modern world, everything is going digital, thus Punks, through MTV Geeks, will only be available as digital content for iPads, web viewing, and in digital comic form. The print edition of Punks is sold out. 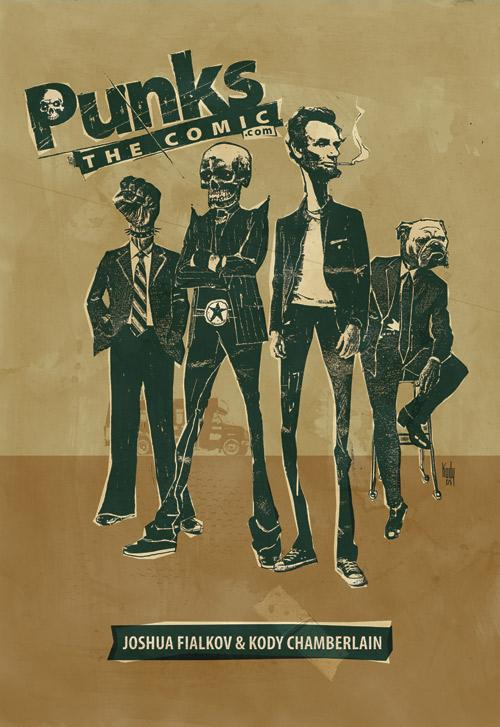