Friends and fans of Aileen Bennett joined her in celebration of the launch of her second book, Using People, at Tsunami's Lounge Gallery. The event was hosted by Dexcomm, the Message Experts. Guests were treated to free food and drinks including the signature drink 8300 created especially for the event, also courtesy of Dexcomm. Bennett was on hand to sign copies of the book and mingled with guests who came out to show their support. The release party also honored the more than 20 Acadiana residents who participated in the book's creation. For more information on Using People, visit UsingPeople.com or Facebook.com/UsingPeople.

Patrons buzzed with anticipation as they walked across the red-carpeted entrance to LITE for the world premier screening of the documentary Lafayette: The Lost Hero, hosted by Friends of Louisiana Public Broadcasting, La Fondation Louisiane, the Marquis de Lafayette 250th Anniversary Committee and Lafayette Consolidated Government. Prior to the sneak peek, guests got into the mood for the viewing with a beautiful vocal rendition of "Le Marseilles." And what a fascinating story it was about Lafayette's courageous namesake, who helped fight the battle for our country's freedom. After the film, viewers attended a champagne reception on the deck and lobby exquisitely decorated by Event Rental. Café
Vermilionville provided the fabulous fare, Mello Joy served the freshly brewed coffee and Chantal Dowty donated the delicious champagne. Proceeds support programming for LPB and sending an Acadiana-area student to study in France through La Fondation Louisiane. Attending the festive fête were Julie Calzone, Christian M. Goudeau, Virginia Stuller and LPB President Beth Courtney. 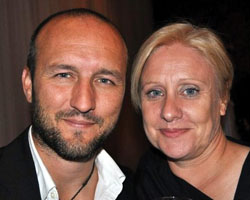 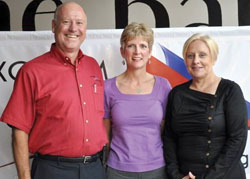 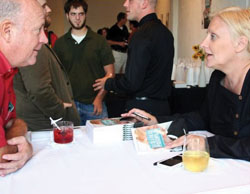 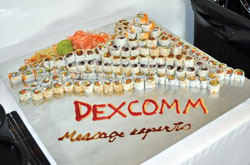 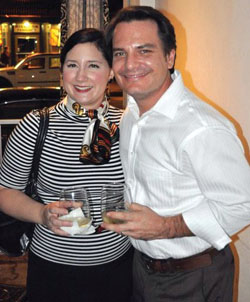 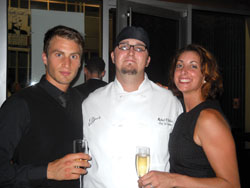 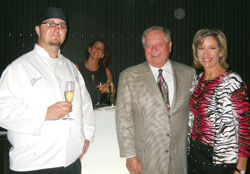 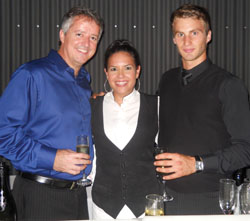 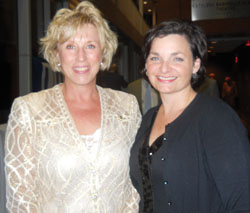 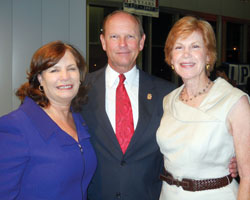 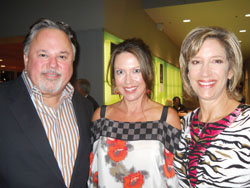 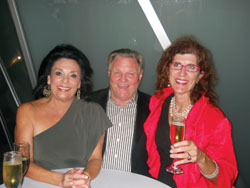