Lafayette Housing Authority Executive Director Walter Guillory and Deputy Director Jonathan Carmouche both resigned Monday morning, The Independent Weekly has learned. It is unclear who is in charge of the embattled agency at this time. 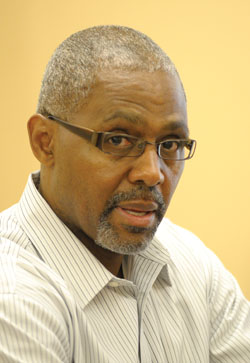 In one of the latest developments at the troubled housing authority, last week the U.S. Department of Housing and Urban Development's inspector general arrived at the office to conduct an audit. Another top HUD official from Texas is expected to set up shop at the local authority's offices this week.

HUD insisted to local media that it hasn't taken over the local housing authority yet has made it clear no expenditures can take place without its authorization.

The LHA has been under the microscope since an audit of its operations, released by independent auditors in late July, pointed to 16 serious problems with how the agency is managed and questioned more than $240,000 in payments to contractors working the Disaster Housing Assistance Program. The audit's findings prompted an investigation by the Louisiana legislative auditor and FBI after Guillory, above, suggested to the board that a new auditing firm be hired.

The Independent Weekly has since learned that it has been several years since the LHA's board formally reviewed one of its annual audits to discuss the findings and form a plan of action for dealing with them. Audit findings in those years point to repeated problems that have continued to grow, specifically around expenditures of money and documentation issues. The agency has thus been operating with very little oversight from its board of commissioners.

Last week the Monroe-based auditing firm met with LHA board members to explain the extent of the problems pointed out in their review of its 2009 operations.

Guillory joined the LHA in November 1998 after HUD took over what was then a grossly mismanaged agency. A former minor league baseball player, Guillory worked for the Alexandria Housing Authority (November 95 to June 98) as deputy director and city of Alexandria (November 96 to June 98) as a recreation specialist before returning to Lafayette. Before that, he worked for Boys and Girls Clubs in Alexandria and Lafayette.

Guillory makes $186,000 a year (with a $5,000 business allowance and other benefits), having been given a $55,000 raise by the board of commissioners late last year - about the time he was leaving the Opelousas Housing Authority, where he was paid $80,000 a year to also serve as executive director. That agency is also now under investigation. 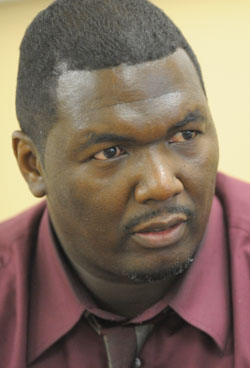 Much of the LHA controversy has also involved Guillory's second in command. The auditors also noted that Carmouche, who was in charge of the DHAP, was himself getting a piece of the DHAP action, inspecting homes in the program "on Saturdays" for $75 a pop. Carmouche, who earns $85,000 a year, got an extra $20,000 from the LHA for inspecting homes in 2009 and had already been paid $11,300 when he stopped conducting inspections this year after the audit.