An apparent brutal attack in a downtown neighborhood populated by university students left one UL student dead and another unidentified young man in critical condition Thursday.

An apparent brutal attack on the 300 block of McKinley Street, in a neighborhood populated by university students, left one UL student dead and another unidentified young man in critical condition Thursday. 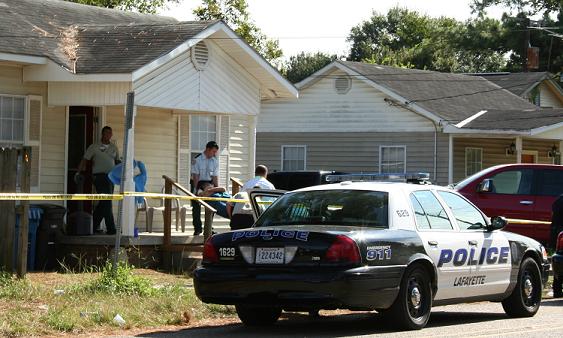 An unidentified man was transported to a local hospital Thursday
in critical condition after police responded to the scene of a brutal
crime on the 300 block of McKinley Street. UL student KennethDonnelly Jr.was found dead in the home.

Kenneth Donnelly Jr., 20, was found dead of what police are calling a homicide, and his roommate was transported to a local hospital in critical condition. The university issued the following statement Thursday night: "The University of Louisiana at Lafayette community is saddened by the loss of one of its students, Kenneth Paul Donnelly Jr. from Alexandria, La., who died Oct. 28. Kenny was a freshman.The university wishes to express its deepest sympathy to the family and friends of Kenneth Donnelly Jr."

The two men were discovered by a third roommate when he arrived home about 2 p.m. The investigation is ongoing, and police are asking anyone with information regarding the attacks to call Crime Stoppers 232-8477 or the police department 291-8600.