New recording studio in Opelousas opens its doors.
It is a tough and hard scrabble world in the music industry nowadays. Aside from the obvious effects that file sharing has had on the music business or the misguided attempts of major record labels to value and market pop fluff over high quality timeless music, it can sometimes be a bleak landscape for the independent musician. Whether it is original bands playing for nothing or cover bands playing for diminishing casino crowds, it is - more often than not - a rough ride to the promised land. Hence it is great to see new studios opening up in Acadiana, attempting to make a go at the music business while helping young and old musicians fulfill their dreams of recording their music.

Two Coullions' Recording Studio in Opelousas is a good example of one of the newer studios that has opened up in Acadiana within the past year. Owned and operated by Chad Gallagher and James Meaux, the studio records bands in Pro-Tools HD with 24 track Digidesign board. Open since Oct. 1, 2010, the studio has a big collection of vintage amplifiers and microphones as well as over 50 guitars from which to choose from when laying down the rock. Most importantly, the studio has variable rates. Depending on the size of the recording project and the financial status of the musicians involved, Two Coullions' studio will adjust their rates to accommodate the musician's needs. Nice! I sat down with co-owner Chad Gallager of Two Coullions' studio for a quick Q&A. 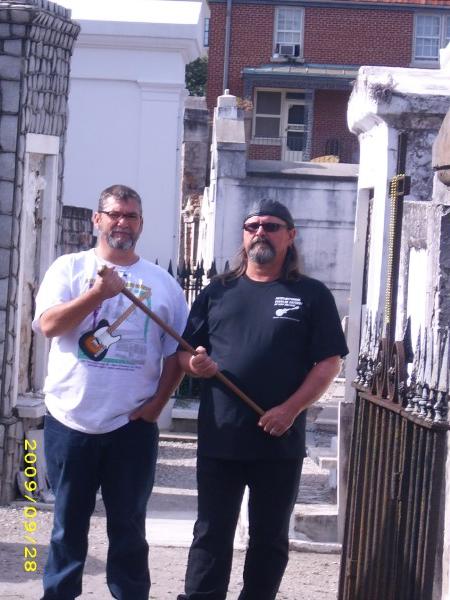 Where are you guys from?
I am from Breaux Bridge my partner James Meaux is from Lafayette.

Do you guys play in any bands?
We both played in bands growing up. I was lucky enough to be in a band called Unity, an all original band. Tony Daigle recorded us. That was a great experience for me.

Why did you decide to open a studio?
The love of music. We wanted to still be involved, but behind the bands, on the other side of it.

How do you deal with the chaotic climate that the music industry is currently in?
The best way we can, just keep on trucking. As long as there's people who play, they will need a place to record. That's why we created the studio, not for money.

How long have you been involved in music?
My whole life, over 40 years. We have 80 years experience. We are new to the studio side, but you have to start some were.

What else do you want people to know about your studio?
Our studio is located on two acres of land in Opelousas with a heated in-ground swimming pool. It's a real relaxing atmosphere - full kitchen, a waiting room with pool table, a fire place and Internet. Whatever the need is it's met. In the studio, we have a live room and isolation booths. We have a closed-in control room with Pro Tools HD Digidesign 24 track console. We have an Avalon pre-amp and too many mics and too many guitars to list. We've got whatever you need to make your record.

It states there is no $140 million in remaining funding for the project.