What kind of birthday bash does a party girl throw for herself? If you're Merilyn Crain, one of the most elegant soirees Acadiana has seen in years. Known as the consummate hostess, Merilyn is the owner of L'Eglise, a chapel that once lay in ruins in rural Vermilion Parish which she has transformed into a charming setting for weddings and private parties. Her husband George is loved for his warm hospitality, good nature and generous spirit. For Merilyn's six-oh celebration, the classy couple left no detail untended, including a four-course dinner, imported French wines, after-dinner chocolates and cheeses served with a selection of rare 1963 ports (with cigars for the gents, of course). Merilyn invited people who had touched her life in some way, including family members and longtime pals - even her college roommate was there. The rule for dinner seating? No couples together and one vacant seat at each table so the host or hostess could move from one to the next with each course and spend time with every guest. Family friend Chef Georges Guy of Houston presided over the full menu, which included appetizers of foie gras followed by a beautiful seasonal vegetable terrine that even earned raves from John Chappuis. ("Please don't tell Colleen I ate my veggies!" he said.) The Skyliners provided the soundtrack for the evening, including a late-night appearance by crooner Ron Gomez. By the last song, Merilyn had kicked off her shoes for one final spin around the dance floor, which is, of course, as it should be.
Party On! 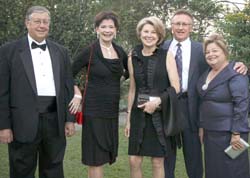 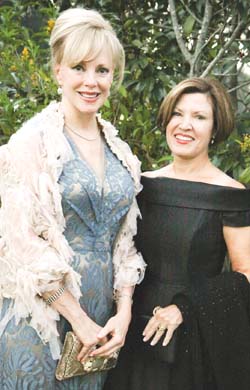 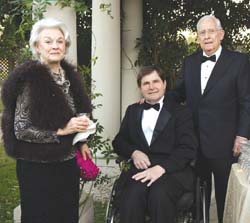 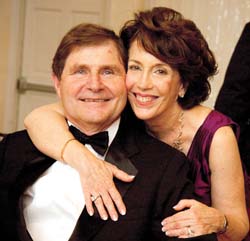 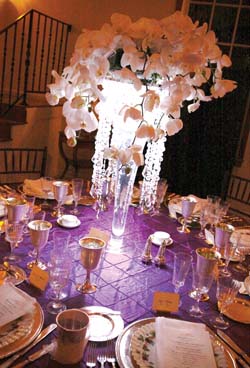 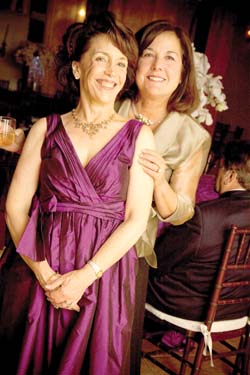 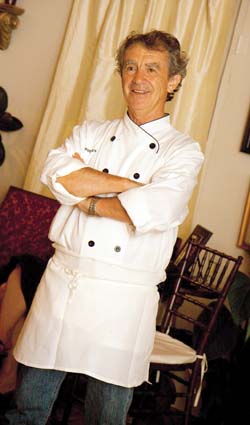 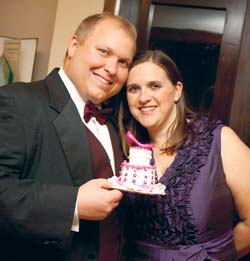 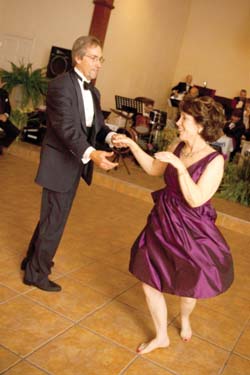 Creighton and Lori Crain, who shared a birthday
with her mother-in-law and received her own
special miniature cake