Cirque de la Symphonie hits town this weekend with a gang of events for the kids.

Cirque de la Symphonie hits town this weekend with a gang of events for the kids. The Acadiana Symphony Orchestra hosts two sold-out children's concerts of Cirque de la Symphonie on Nov. 12 at 9:30 & 11 a.m. More than 4,000 children will be attending this event free of charge. In addition, there will be two guest child conductors who will be conducting the symphony orchestra during the playing of "The Star Spangled Banner."  Hundreds of children submitted essays for a chance to be the guest conductor. 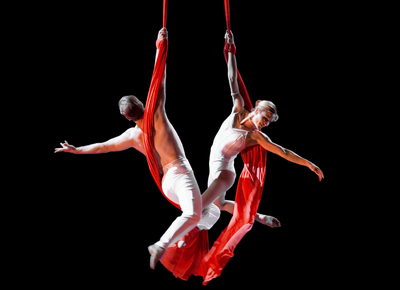 On Nov. 13 at 12:30 p.m., the Acadiana Symphony Orchestra will have a free hands-on children's activity called, "Meet the Composer." The children get hands-on musical activity and a chance to meet the musicians of the ASO as well as the artists of Cirque. Moreover, the Nov. 13 concert at 7:30 p.m. will feature a night under the big top with circus food and entertainment. The evening concert child guest conductor is Bonnie Blue Roy, a 9-year old third grader from Academy of the Sacred Heart.

This weekend is going to be a fun, family event. Be there at the Heymann Center for all the above shows.