Acadiana's newest music fest seeks to join an ecological consciousness with commerce and, of course, live music.
There's a new music festival in town. And this one is big. LAfestival is the latest entry into Acadiana's music festival category - a combination music festival, fundraiser and awareness project. Produced by Bodacious Brothers Productions and sponsored by Event Rental, Cox Communications and KATC TV3, the festival promises to be a landmark event with enough local and regional firepower to ensure its continued franchise for the coming decade. Moreover, it'll promote ecological sustainability and The Atchafalaya Basinkeeper project; for each ticket sold, the Evangeline Area Boy Scouts of America have committed to plant a cypress tree in the basin.

"LAfestival is how we are going to help save the Atchafalaya Basin by having a day full of great music, sustainable food, new learning opportunities with renewable energy and the celebration of what the future holds," says festival organizer and Bodacious Brother David Goodwyn. "The scouts have made a 100-year commitment to the Atchafalaya Basin, to plant trees, create access, build habitat and teach the youth of Acadiana about our most important cultural asset." 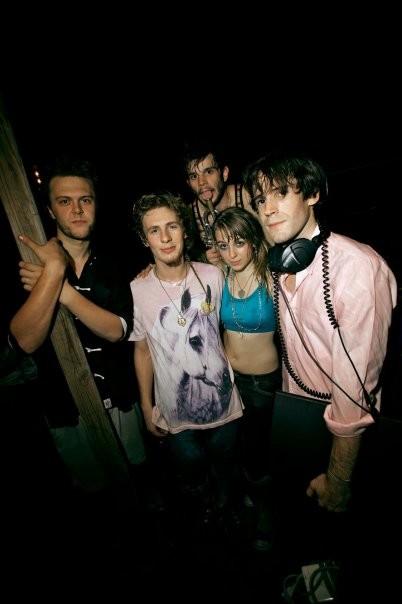 The initial idea for the festival came as the result of the Bodacious Brothers - David Goodwyn, Toby Dore and Gustavo Rezende - brainstorming to create an Acadiana concert event that, with the right approach, could one day rival Voodoo Fest and Austin City Limits in stature. "We realized that combining our desire to create a great fall music festival with our desire to help raise awareness of the Atchafalaya Basin would be the perfect marriage," says Goodwyn. "We immediately knew it would be a winning combination. Who wouldn't love to go hear great music and at the same time participate in helping restore the Basin to a pristine condition?"

Rather than stomping over well trodden ground, LAfestival leaves the Cajun and zydeco boogie to previously established local festivals, and instead trumpets the best in regional rock, soul, indie, funk and blues music. The line-up includes everything from the guitar wizardry of Sonny Landreth and Anders Osborne to the indie pop of Givers and Trees on Fire to the rhythm and funk of Black Joe Lewis & the Honey Bears. Nevillution (featuring Cyril Neville & Family), Jumpin' Johnny Sansone and Chief Monk Boudreaux round out the bill.

"We wanted to bring a different kind of music festival to the Lafayette stage," says Goodwyn. "Not that we don't all love Cajun and zydeco music, but we wanted to offer Lafayette's music community a little something different. That's how LAfestival came about."

In addition to the live music, there will be locally grown food for sale at the show. "We want to support all of our local farmers and introduce the LAfestival crowd to their products. Jude Tauzin of Village Café is the executive chef of the entire event. He is going to use as many local ingredients as possible for each of the menu items he conceives," says Goodwyn adding that "there will be full alcohol concessions including beer, wine and mixed drinks." Water and other non alcoholic beverages will be available as well; however, no ice chests will be allowed at the festival. 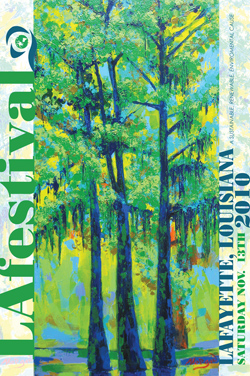 In short, LAfestival is a festival with a conscience. "It is important to remember that 100 years ago, the old growth cypress trees in the basin rivaled the Sequoia groves in California as to their height and stature; 100 years from now, we can have another forest like that again. It's important to get involved now and make it happen," says Goodwyn. "One day our grand kids will see the fruits of our labor when old growth cypress trees once again fill those swamps and our heritage and culture are sustained by the people that live from the bounty of the basin."

LAfestival takes place at Parc International in downtown Lafayette on Nov. 13 from noon 9 p.m. Tickets are $35 the day of the show. With school ID, any high school or college student can get in for $15. Be there.