BLACKOUT AT THE HEYMANN CENTER
It's his name on the concert hall marquees, the records - seven and counting, including the recently released Urbanus - and the awards, but to hear Stefon Harris tell it, it's all about the band, the ensemble and the moment. 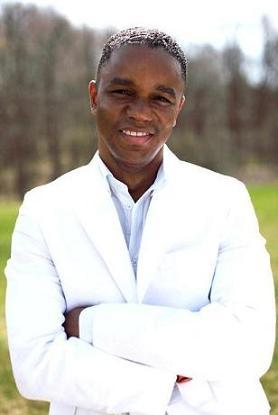 BLACKOUT AT THE HEYMANN CENTER
It's his name on the concert hall marquees, the records - seven and counting, including the recently released Urbanus - and the awards, but to hear Stefon Harris tell it, it's all about the band, the ensemble and the moment.

"The ensemble process is everything when it comes to jazz," says the 36-year-old musician, hailed by The Los Angeles Times as "one of the most important young artists in jazz." Harris and his group Blackout - Marc Cary (piano, Fender Rhodes), Casey Benjamin (alto sax), Terreon Gully (drums) and Ben Williams (bass) - take the Heymann Performing Arts Center stage Nov. 19 as part of the Performing Arts Society of Acadiana's 2010-2011 season.

"When we get on the bandstand there is no leader," Harris adds. "We are truly a democratic collection of people where everyone on the bandstand is making decisions. At any given moment the bass player can decide what tune we're going to play, or the pianist. I don't have a set list when I come out on the bandstand, so ultimately what I think makes jazz special is the chemistry between one human being and the next. It's not about what the so-called leader can do; it's about how you interact as a community. So, the ensemble is at the core of what we do."

Harris has risen to the top of jazz as a vibraphone player. Similar to a xylophone, the instrument is a three-octave percussion instrument played with mallets and is a common lead instrument in jazz. But for Harris, the vibes are just a means to an end.

"You know, it's funny, I don't have any particular love of any instrument; I just love music," he says. "In fact when I was a kid, I used to play 20 instruments. I played clarinet, flute, trombone, string bass. When they needed someone to cover an instrument in the band they would give it to me. So, I always had a real passion for music. And the way I ended up playing the vibes was I met a classical percussionist who ended up becoming a mentor for me. So it was just pure circumstance."
That musical utility led to study at the Manhattan School of Music where Harris earned a bachelor's degree in classical music and a master's in jazz performance. He has lit up stages at Carnegie Hall, the Lincoln Center, the Kennedy Center and the Sydney Opera House, among many others. When he and Blackout take the stage at the Heymann Center, anything could happen. And that, he insists, is the magic and the message of jazz.

"Everyone brings in tunes. And sometimes it could even be at the sound check - someone could have a cool idea that they're into trying. I say, Absolutely, let's try it.' And we may even play it at the concert that night," Harris says. "It keeps the music fresh for us. You know, we're always surprising each other.  And in that sense, we know the audience doesn't know what's going to happen. We don't know what's going to happen. We're all in it together. It's this amazing journey that you go through when you're playing jazz."

As a performer, Harris has some wear on his tread. But live performance is becoming increasingly infrequent as he helps raise a 19-month-old son at home in New Jersey.

"It breaks my heart," he says of hitting the road for concert tours and being away from family. "I love to play, but it's definitely tricky to be on the road a lot. In fact it's one of those things I'm starting to cut back on."

That makes the Heymann Center on Friday all the more poignantly the place to be.

"We're going to have a great time; we always do," Harris adds. "Again, we don't know what's going to happen. We're always excited to be there in the moment experiencing the music together."

ONE NIGHT ONLY, SERIOUSLY!
The drama savants of Milena Theatre Group return to the stage this weekend for a one-night-only performance of founder Dayana Stetco's The 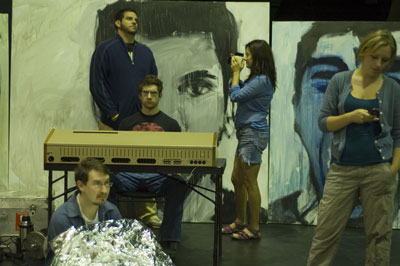 A native of Romania, Stetco brings the experimental, physical, conceptual and at times absurdist tendencies of modern eastern European theater to her plays. One critic says of her work: "On the stage, Dayana Stetco's plays are so lush with color and texture as to seem very nearly a visual art; there is an attention to movement and detail that can make even a torture scene seem like the highest ballet."

"The Happiness Machine started with an image," says Stetco. "A man and his self-imposed exile, a radio station with a slightly fantastical history. A man in a radio station broadcasting nonstop, trying to make his listeners happy, taking responsibility for their lives. The main character says: This is Habitat Radio, I'm your host, Larry Tarkowsky, bringing you happiness, 24 hours a day, seven days a week. I weep so you don't have to.' The play evolved from here as a network of relationships developed between the listeners."

The play will be performed at 8 p.m. Saturday, Nov. 20 in the Fletcher Hall auditorium on the UL campus. And like a rare tropical flower, it will bloom once then fade.
"I think of the theatre show as I think of painting or music - there is only one original painting, one perfect concert," Stetco adds. "At the end of the evening everything is dismantled, and the performance is nothing but a memory."

Admission to The Happiness Machine is free.