Lafayette is heating up. Last month big name performers Ani DiFranco and Marianne Faithfull (along with Zachary Richard, Sonny Landreth, and CC Adcock) played the For Our Coast benefit show at the Acadiana Center for the Arts performance theater. Shortly thereafter, it was announced here at The Independent Weekly that country musician Lyle Lovett and His Large Band would perform at the grand opening of AcA's performance theater.

Well, another big name is on the way to Acadiana. Country legend George Jones will be playing at the Heymann Center tonight, Nov. 18. Raised in Vidor, Texas, Jones is known as much for the wild drinking of his younger days as he is for his 13 number-one hit songs. They don't make country legends like Jones any more. With his wild ways behind him, long down that old tumbleweed trail, Jones is in good health and reportedly having "a blast" playing live shows and living the sober life. Tickets for the show are available at the Heymann Performing Arts Center box office, all Ticketmaster outlets and online or you can charge by phone by calling (800) 745-3000. 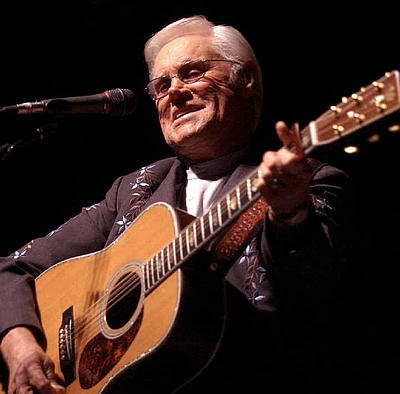