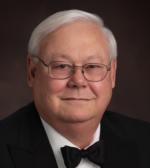 A Mass of Christian Burial will be held Wednesday at 10 a.m. at the Cathedral of St. John the Evangelist. Visitation is Tuesday at Delhomme Funeral Home, 1011 Bertrand Drive, from 4-8 p.m.

Burdin worked at LGMC for 26 years, retiring as chief executive officer in 2001. Five years later, in 2006, he received Lafayette's highest honor for community involvement, the Civic Cup. Burdin, who remained president emeritus of the Louisiana Health System, LGMC's parent company, was as well known for his professional career as his humanitarian and civic efforts.

Burdin guided LGMC through important renovations and expansions, including the addition of the Burdin/Riehl Ambulatory Care Center, and of connected medical offices and laboratories throughout the Oil Center. He also taught in the MBA program at UL Lafayette's B.I. Moody College of Business.

Burdin is fondly remembered by the scores of medical professions who worked alongside him at LGMC. "J. was a great mentor in health care - business wise and innovative - but also highly personable and very well respected," says Donna Landry, who worked with Burdin at LGMC for 15 years of the almost two decades she spent there. "The words that most come to mind are integrity and personal touch. He never missed an opportunity to walk the halls of the hospital at various times of day and night to mingle with employees, ask if they had the resources they needed, inquire of their work, interests, spouses and children, and tell a few jokes or stories, of which he had plenty."

Landry says her former boss possessed an inordinate amount of compassion that extended far beyond LGMC and into Lafayette's broader civic community and numerous nearby cities and towns. "Many will never know the personal time and financial resources he gave to help others, and he wanted it that way," she says. "He especially had a big place in his heart for rural hospitals and the administrators who run those; more than a few will tell you that the professional support and friendships he extended to them weighed more heavily than anything else in keeping their doors open," Landry continues. "The only thing that we talked about as much or more than health care, photography and travel was his family, of which he was so proud."

Burdin is survived by his wife of 31 years, Monique Faulk Burdin; his son J. J. Burdin III of Houston, Texas, and his wife Candice and two daughters, Ava and Colette; his daughter Claire Alvarado of Lafayette, her husband Danny and daughter Elena; three sisters, Vaughan Simpson and her husband Amos; Barbara Renaudin and her husband William; Kathryn Leonard and her husband Jimmy; and his maternal aunt, Margaret Baudoin, and her husband, Edmund; and numerous nieces and nephews. He was preceded in death by his parents, J.J. and Helen Burdin, and his son, Paul Winston Burdin.

Burdin graduated from Cathedral High School in 1960 and attended LSU. He completed a B.S. degree in biology and chemistry at UL Lafayette in 1965, before serving in the U.S. Army Medical Service Corps from 1965 to 1969, with a year of service on the DMZ in Korea. After completing a master's degree in health care administration at the University of Alabama at Birmingham, he concluded his administrative residency in 1971 at Montgomery Baptist Hospital. He served from 1971 to 1976 as assistant administrator at St. Bernard's Regional Medical Center in Jonesboro, Ark., and returned to Lafayette in 1976.