The Durel administration is taking a bottom-line approach to some painful decisions with its proposed 2005-2006 budget. 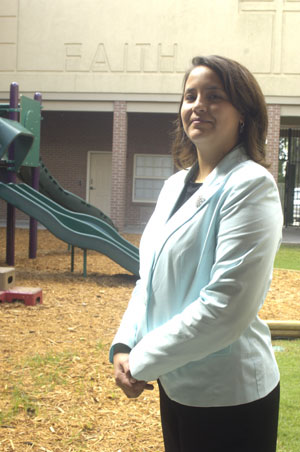 When City-Parish President Joey Durel took office in early 2004, he pledged to run local government more like a business. The pledge referred more to a new philosophy than any specific accounting methods, and when the administration offered its first budget proposal last year, there were few noticeable differences. But now, faced with another year of bleak finances, the Durel administration is taking a bottom-line approach to some painful decisions with its proposed 2005-2006 budget.

The $459 million budget nearly doubles the premiums paid by city-parish employees for their health insurance and cuts funding for social service agencies.

The moves come as the Durel administration faces skyrocketing inflation in everything from health care and pension benefits to construction and transportation. As the council begins more than a month of hearings in preparation for adopting a final budget on Sept. 29, Durel's hard-line approach has its fans and critics.

Council Chairman Randy Menard applauds Durel's commitment to balancing the budget without dipping into savings. "It forces us to make some tough decisions," Menard says. Previous administrations have tried to cover deficits by pulling money out of the budget's fund balance or increasing Lafayette Utilities System's In-Lieu-Of-Tax payment. "It's always easy to go to the fund balance to balance the budget."

Durel's private sector business philosophy is most evident in his recommendation to pass rising health insurance rates on to government employees.

For LCG employees, healthcare expenses rose by $3.8 million last year, causing a $4.6 million deficit in LCG's health insurance budget. Durel's budget recommends a one-time transfer of $5 million, the majority of which comes out of the general fund, in order to cover last year's deficit. But for next year, Durel is proposing to cover that deficit by raising employee insurance premiums.

"That's not a hit that the general fund can continue to take by itself," says Chief Administrative Officer Dee Stanley. "And the tragedy is that our employees work very, very hard, and it's very difficult to pass that increase on to them, but something has to be done to make that fund solvent."

Last week, all city-parish employees received a note with their pay checks informing them that as of Nov. 1, they will be required to pay nearly twice what they are accustomed to each month for their health insurance coverage. Single employee premium rates are rising from $54 to $117 per month, while rates for employees with family coverage are increasing from $175 per month to $336 per month.

Menard has already received phone calls from LCG employees concerned about the drastic increases. Alternative plans being explored by the council include higher deductibles and dedicating a portion of this year's 2 percent salary increase for city-parish workers ' $970,000 ' toward the health care costs.

Another difficult discussion in the budget proceedings will revolve around Durel's call to cease funding social service-related "external" agencies. Community non-profit organizations that operate autonomously yet receive an annual subsidy from local government are referred to as "external" agencies in the budget. External agency funding is an annual debate, as agencies must come before the council each year to present their case for financial aid.

Initially, Durel proposed cutting funding to all social service agencies last year, while increasing arts funding by $200,000. After council resistance, he has backed off his pledge to boost arts funding, but is holding firm to his decision to pull government funding for social service groups this year.

"I hope after 15 months notice they didn't take that lightly, and that they have been looking at ways to diversify their funding," says Durel. "We give a small percentage of [these agencies'] budgets. This should not significantly cost any one agency in Lafayette."

Last year, LCG contributed a total of $363,500 to 20 different external agencies. In his proposed budget for 2005-2006, Durel has cut $279,183 that went to 17 social service-related nonprofits. His budget maintains funding for three arts-related agencies, including $69,409 for the Acadiana Arts Council, $10,068 for the Acadiana Symphony Orchestra and $4,480 for the Performing Arts Society of Acadiana.

External agency officials and some councilmen who see the social service agencies as equally important as arts and culture organizations have criticized the move. The nonprofits on the cutting board run the gamut of services, providing everything from an assistance agency referral hotline to food for the elderly.

"I think it's very unfortunate that our community sometimes doesn't see the value of social service agencies," says Billi LaComb, director of Faith House, a shelter and support group for abused women and their children. "The people we are helping are those who are the most vulnerable and the most in need. This benefits the community financially, socially and helps provide safety."

Faith House, which has an annual budget of about $1.3 million, received $26,234 ' 2 percent of its budget ' from LCG last year. The remainder of Faith House's funding comes from United Way, a grant through the governor's office and community donations.

LaComb says local government's contribution covers the salary of her children's program coordinator, who directs children's counseling at the shelter as well as an education program throughout the parish's public schools. If LCG doesn't renew funding to Faith House this year, LaComb may have to cut services and scale back her small staff.

At the Lafayette Council on Aging, local government's $38,722 contribution last year went to providing meals to senior citizens. (The Meals on Wheels program is designed to help keep seniors from being prematurely placed in nursing homes.) Larry Baker, the agency's director of programs and personnel, says these funds did not cover any administrative costs and went directly into food costs for the Meals on Wheels program. Without this money, Baker says the Council on Aging will have to cut about 80 seniors from the program.

Councilman Chris Williams says he doesn't like for nonprofits to rely on local government funding, but will push to renew allocations for some agencies, including the Council on Aging and Faith House. "The administration did what they said they were going to do last year," says Williams. "I don't think anybody was surprised. But I don't think you can run government as a business when it comes to external agencies. I would like to see external agencies [become self sufficient] but for a city our size, we have a lot of needs. For me, it's a philosophical belief. Government has to fill the need where there are gaps."

"The one good thing that it's done is encouraged us to go and diversify our funding, and every nonprofit should do that," says Heather Blanchard, director of the Grief Center of Southwest Louisiana, which provides counseling and support for children and adults who have lost a family member. "We're going to have to work real hard at increasing awareness and finding donors who believe in our mission. It's going to be tight. It would be nice to know why some agencies get funding and others don't. My understanding was that nonprofits across the board were not going to get funding."

Besides the Arts Council, PASA and the Acadiana Symphony, this year's budget also includes funding for six additional non-profit organizations. These groups, including the Acadiana Livestock Show, Festival International and SMILE were removed from the list of external agencies and treated as recurring expenses in 2001 under the Walter Comeaux administration. Festival International receives $72,000 a year, SMILE (a poverty assistance agency) receives $48,200, and the Acadiana District Livestock Show, an education program with the Louisiana State University Ag Center, gets $10,000 from LCG.

Other arts and entertainment expenditures this year include nearly $1 million budgeted for the Lafayette Natural History Museum and Planetarium, and nearly $1.7 million for the new $10 million Wetlands Golf Course. LCG anticipates recouping about $500,000 in revenue after Wetlands opens next spring; LCG also is paying a total of $115,000 to maintain its two other golf courses, Municipal Golf Course and Les Vieux Chenes.

Durel insists his commitment to arts and entertainment funding is consistent with his pro-business approach. He says the arts and entertainment spending is important in order to maintain a certain quality of life in Lafayette, generate tourism, and to continue to attract new businesses to the area. "In my estimation, they give back more money to this parish than they take," he says. "What we give Festival [International] is probably a percentage of the sales taxes they give this community. Whether there are those that don't like to hear this, it's a reality."