New Orleans Saints quarterback Drew Brees has been honored as the 57th "Sportsman of the Year" award by Sports Illustrated magazine. 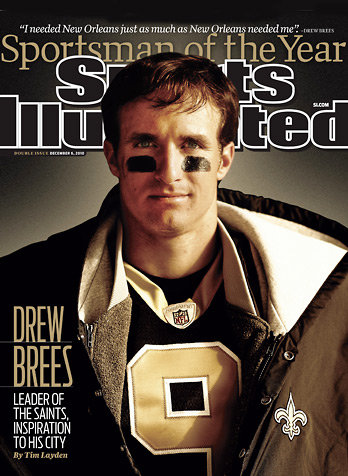 The Austin, Texas, native came to the Crescent City in 2006 following major reconstructive surgery on his throwing shoulder and helped bring the team to the NFC championship game that year.

In bestowing the award on the former Purdue star, who spent his first five seasons with the San Diego Chargers, SI writer Tim Layden cites not only Brees' MVP performance in the Saints' first-ever Super Bowl title in February, but also Brees' devotion to the city that welcomed him when few believed he could recover.

To view the video below, click on "SI.com Video" at the top of the frame.