Imagine being wasted on O'Doul's and angel trumpets while floating in bog-pond of cubic zirconium marmalade and jamming some chopped & screwed Fraggle Rock tunes on your headphones. That's kind of what ImagineIAM is like. I don't know what genre of music this, but I'm going to dub it Gonk Rock. It deserves its own name. INSERT: PCP in the sky with diamonds mixed with a little Quetzalcoatl Yaz-hop, Squanto bat jazz, patchouli skiffle, and mondo crunk. Teaming with a wide range of synthetic and organic instrumentation, the band is intriguing in a "we're not going to rock normal" sort of way. Throw in a pennywhistle air raid siren with some schizo-rhyme saying and you're getting closer. Add in electroshock massage, specimen grunts, flowtard malapropisms, spazz lounge, and then chase it with some frowners and you are getting closer to the thing that makes ImagineIAM unique. Pretty rad band, especially because they don't seem to be obviously referencing anything in the over or underground music world too literally. ImagineIAM play Blue Moon tonight, Dec. 9 with The Other Planets. Do. 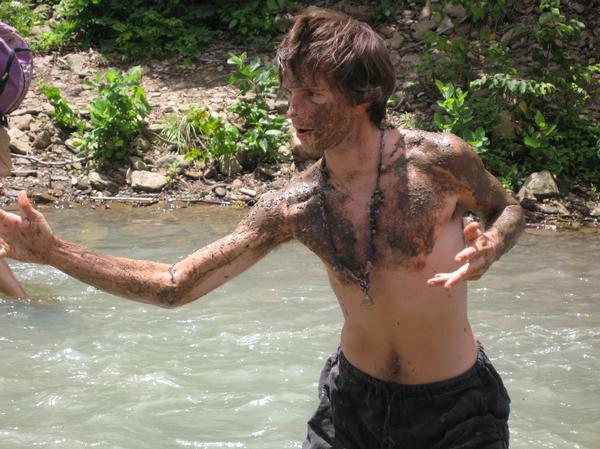