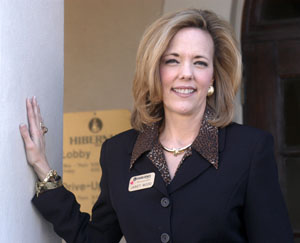 The Vikings sneaking up on unsuspecting consumers in Capital One Financial Corp.'s TV advertisements never get their prey, but Capital One swept in and seized control of New Orleans-based Hibernia Corp. seemingly overnight. "It was somewhat of a surprise to us, because our bank was not up for sale, and none of us had any clue that this could possibly come about," says Janet Wood, Hibernia's Lafayette president. "Quite frankly, when we heard the name, it was somewhat curious to us that a credit card company was buying the bank, as opposed to the bank buying the credit card company."

The deal, which was announced on March 6, is valued at $5.3 billion. Under the terms of the agreement, Hibernia's shareholders can elect to receive cash or Capital One common stock. While Wood did not have details of how the election would work, she says that shareholders would be paid "about $33 for each share, of which 45 percent will be cash, and 55 percent will be Capital One stock."

According to Wood, the buyout will not affect jobs in Lafayette or in Hibernia's management. Once the deal is done, Hibernia's New Orleans president and CEO, J. Herbert Boydstun, will become president of Capital One's banking division. "It's status quo for us, with the exception of the name change to Capital One," Wood explains.

She doesn't anticipate any major changes, but she does expect customers to benefit from Capital One's clout. This might even include lower rates for loans and higher interest on deposits. "Capital One has been some of the most creative consumer financers that we've seen in a long time," she says. "So, I think what's going to happen is it's going to be a very competitive market because it is a competitive organization, and that's going to be good for our customers."

Now that the news has settled in, Wood says that Hibernia's employees are excited about the transaction. "I cannot tell you how delighted we are, because the Capital One philosophy and support in the communities absolutely mirror Hibernia's," she says. "So, for us, it just is an endorsement of what we've been doing for so long, and that's what made us attractive for them."