The state's new flag and seal are basically the same image of a brown pelican feeding its young with droplets of blood; just now it's three drops, plus a few other minor enhancements. So just how much did this update cost?

You may have learned recently that the state has a new design for its flag and seal (see below). It's basically the same image of a brown pelican feeding its young with droplets of blood; just now it's three drops, plus a few other minor enhancements. Lawmakers approved the swap in 2007, and the Secretary of State's Office released the updated design this winter.

The entire effort was inspired by research conducted by Joseph Louviere, a student at Vandebilt Catholic High in Houma who noticed that some designs included only two droplets of blood, which is inconsistent with original intentions. The updated design, though, and the related transition process begged a handful of follow-up questions: How much did it all cost? Do all state agencies need to buy new flags and update all seals? Who is making and selling the flags?

Jacques Berry, press secretary for the Louisiana Secretary of State's Office, was quick on the draw. He said two philanthropic Louisianians, a historian and a wildlife artist all donated their time to the research and redesign. So that was free. "The only costs associated with this project so far have been a few hours of work on my part and the wholesale cost of a new flag for Joseph Louviere, though we haven't been able to present it to him yet," Berry said.

Nothing in the law mandates that agencies use the updated design. It's more of a policy decision on the part of each agency. "Our recommendation was to replace old designs by attrition, so to speak," Berry says. "For example, when it's time to re-order stationery they could then replace the seal. That way it wouldn't cost anything. And there are some usages that could be switched immediately, such as images on Web sites."

The New Jersey-based Annin & Co., among the world's oldest flag manufacturers, is making the new flags, he adds, and several vendors are selling them, ranging from the House and Senate to the Pennant Shop in Metairie. 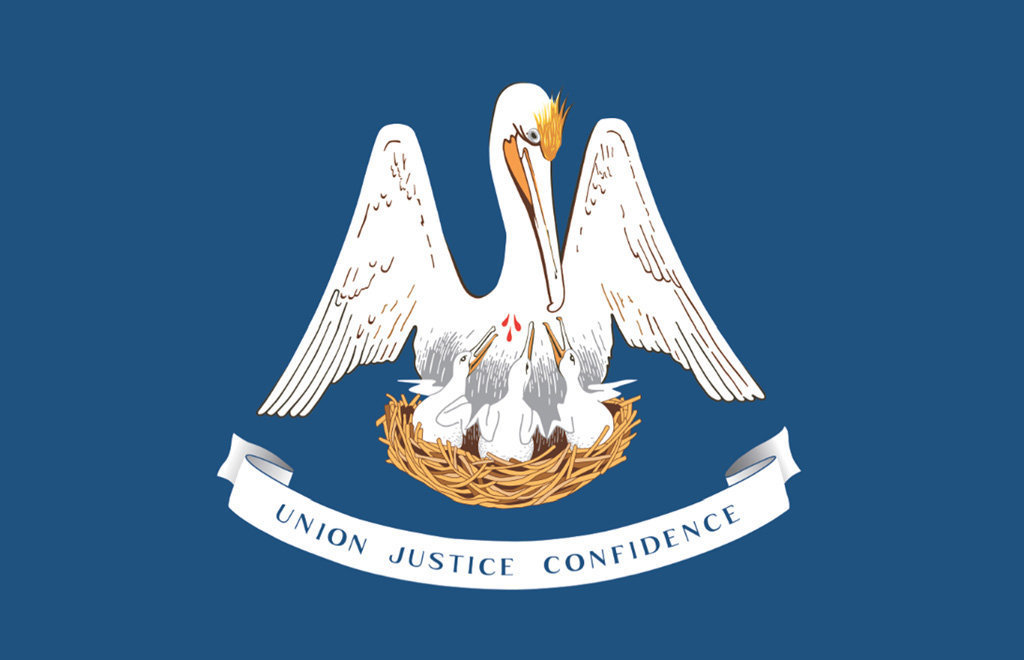