With a newfound pocket of African-American voters in north Louisiana, Democrats could be in better shape than they thought over the next two years. 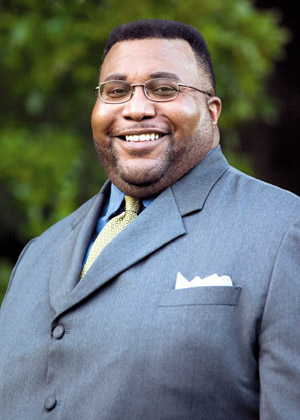 Hurricane Katrina brought with it an ill wind for Louisiana Democrats last year, creating a diaspora that cut right though the party's central nervous system. Prior to the Gulf's intrusion, New Orleans was more than two-thirds black and 462,000 residents strong, with more than half registered to vote. It's still difficult to say with any certainty how many people have come back for good, but Democrats are all too aware that the area around New Orleans's Ninth Ward remains empty.

Democrats feel the crunch because the Ninth Ward, the largest and by far the most populous ward in the Crescent City, once provided a reliable bloc of 30,000 black voters always ready and eager to mobilize on behalf of a strong Democratic candidate, particularly one who was opposed by a right-wing Republican. Many electoral victories ' local, regional and statewide ' have been chalked up at least in part to black voters in the Ninth Ward.

For example, the area was a political lifeline for Gov. Kathleen Blanco in 2003 and U.S. Sen. Mary Landrieu in 1996 and 2002. In the wake of Katrina, however, Blanco and Landrieu ' along with other Democratic statewide hopefuls ' have often been written off by pundits and GOP cheerleaders.

Evidence of their imminent demise was expected from the Nov. 7 election returns, and official results from the secretary of state may soon reveal problem areas for Democrats. But the data also will divulge a newly identified and significant bloc of black voters in north Louisiana, voters the Democratic Party could count on to make up for the displaced New Orleans base. These newfound Democratic voters could make Louisiana's northern parishes the new base the party needs in the next two years.

One Democratic beacon Nov. 7 was the election of state Rep. Cedric Glover, an African-American Democrat, as mayor of Shreveport. Voter turnout was expected to be in the low 40s, but by that Tuesday evening it was closer to 53 percent. Elliott Stonecipher, a Shreveport demographer and political analyst, estimates black turnout was 15 percent higher for the runoff than the primary ' and possibly higher than any other time in recent history. In the end, 65,821 people voted largely along racial lines, with Glover winning by 4,529 votes.

Hordes of cash were dumped into get-out-the-vote efforts, indicating the stakes may have been higher than just a mayoral contest. Landrieu's political action committee donated $2,500, and the state party spent in excess of $30,000 on the final day alone, paying 75 election workers $50 or more each to get people to the polls. Buses were employed to transport voters, and thousands of dollars were spent on advertisements on urban radio.

It's a classic formula proven successful in New Orleans for generations and, more recently, in Baton Rouge. "But I've never seen it on this scale in Shreveport," Stonecipher says.

If the entire Shreveport region can be managed in coming years the way it was this fall, Democrats could be in decent shape for statewide runoffs, Stonecipher adds. If done in concert with all of Caddo Parish, which has nearly 66,000 black voters, as well as Ouachita (30,827), Rapides (22,064) and a few others, the party could find its old magic again. "Simply by adding 50,000 or so new black votes just from these cities and parishes, along with the black vote still in New Orleans, it's hard to argue that the disadvantage we believed Blanco or Landrieu faced necessarily exists," Stonecipher says.

There is indeed a thriving base in central and north Louisiana, says Danny Ford, executive director of the state Democratic Party, and it has been neglected for way too long. "Strategically, we've relied too heavily on New Orleans in the past," he says. "The strategy isn't that New Orleans is gone, but we have to find a way to work with what we have. It's all about turnout. Once you know where the voters are, it's strictly a numbers game." Black votes can be turned out in Shreveport and Alexandria, he says, but the party must also focus on reconnecting with rural, white voters.

Turnout in black communities is precisely what's on the agenda of Ernest L. Johnson, president of the Louisiana chapter of the National Association for the Advancement of Colored People. The NAACP has 30,000 members statewide. Johnson says his organization is identifying 10,000 precinct captains to handle massive GOTV efforts across Louisiana for the 2007 gubernatorial race. Presently, 1,000 have been brought onboard to help duplicate some of the Democratic successes in north Louisiana this year. "Our belief is we just need to do a better job of turning the vote out," Johnson says. "And we're going to do that."

Another factor that may help Democrats is an undercurrent of racial polarity in various parts of the state. In the Shreveport mayor's election, race was a central issue as blacks rallied behind a movement to put the first African-American in that office. Earlier this year, Alexandria nearly elected a black mayor in another hard-fought contest.

Racial tension in Louisiana politics is nothing new, but are these types of incidents building toward something? Right now racial undertones in state politics are subtle but noteworthy, says Johnson, who teaches civil rights at Southern University. Stonecipher agrees, adding that racial currents shouldn't be ignored. "This is the elephant in the room," he says, "and we better pay attention to it."