The tree sat at the edge of the Denbo Hall dormitory parking lot, and was one of the trees that the administration had hoped to save. 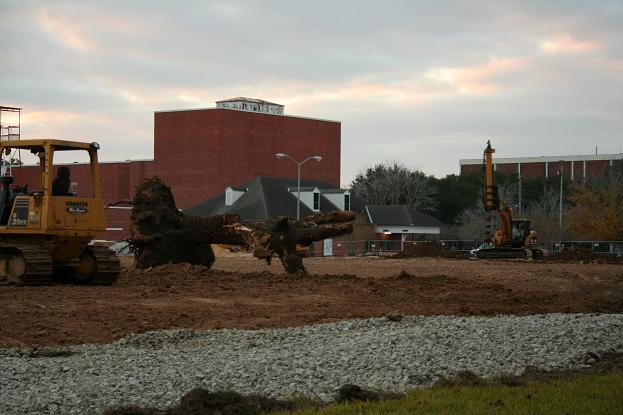 Despite the diligence of concerned students, the first oak of a possible six fell today as a casualty of UL Lafayette's renovation plans.

In response, students and community members gathered at the site at 5 p.m. to light candles and share their hopes for a more conscientious community.

The tree sat at the edge of the Denbo Hall dormitory parking lot, and was one of the trees that the administration had hoped to save.

"They were going to try to move it," says Lindy Muse, a UL student, "obviously they couldn't." 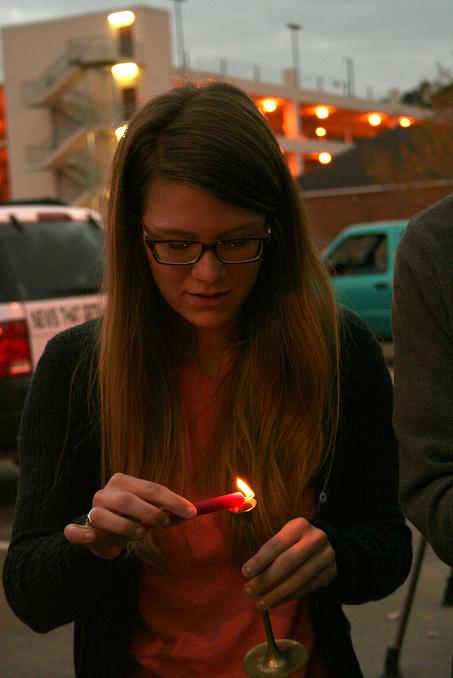 UL student Lindy Muse participates in a candlelight
gathering at the site on campus where a live oak was
felled.

However, Muse and with fellow students Adam Constantin and Jacob Delahoussaye say there is a strong possibility that the trees surrounding the Denbo/Bancroft dormitories (two remaining oaks and one sycamore) will be the last to fall. According to the three students and Society for Peace, Environment, Action, and Knowledge members, the three other trees that were threatened will either be spared through redesign efforts or moved.

Carl Cousson, a concerned member of the community, says he doesn't think this will be the last time something like this will happen.

"With the amount of construction that's going to happen," he says, "this will be repeated."