Are your relatives starting to get on your holiday nerves? Is your dad still hassling you about getting a real job? Are you ready to get blasted and blowed-out with your crazy brother-in-law? Are you separated from family and friends? Then the Black Sheep Xmas Ball is place you need to be.

It's not only the best game in town on Christmas night; it's the ONLY game in town. It's a rocking get-togetehr party for everyone black sheep, loners, losers, winners, stoners, exiles, titans of industry, those separated from family, and whoever else you can think of. Public invited. Come throw down Christmas night at the Blue Moon Saloon for the one and only Black Sheep Xmas Ball. This year's illustrious host is DJ Judd Kennedy. A long time fixture in the Lafayette music scene, for the past two decades Judd Kennedy has been working his magic in one form or another, both as nightclub owner, DJ (Nitecaps, Renaissance, Sadie's), and live music supporter. Since the untimely closing of Sadie's, Kennedy has been doing what he does best, which is spin records keeping people moving and entertained. DJ Judd Kennedy keeps the holiday party rolling  on Dec. 25 at the Blue Moon Saloon for the 2010 Black Sheep Christmas Ball. If you're looking for an excuse to get out of the house, this is it. Be there. Show runs from 9 p.m. to 2 a.m. to whenever. 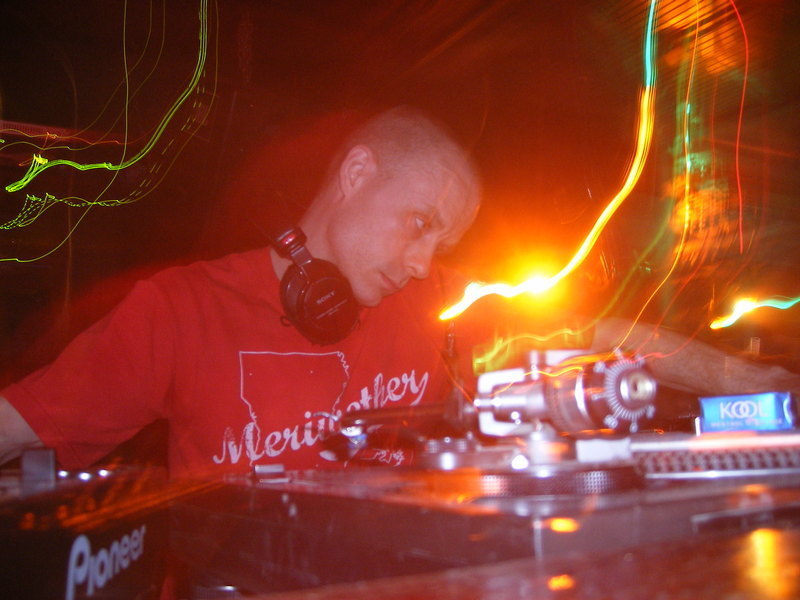 History of Judd Kennedy in 5 words, more or less. Do unto others

What the hell happened to Sadie's? Care to comment or give me the abridged version? The politics of downtown Lafayette in conjunction with a massive demographic shift in the same year didn't fair well with my alternative nightclub and live music regulars. Sometimes it is best to move on and accept the changes happening around you.

What's the hardest part of running a club? Working with your best friends and family is harsh. We managed pretty well for an over decade though.

Biggest A-hole to ever play one of your clubs? Sir Mix a lot is a joke live and in person.

What are you up to nowadays, post-Sadie's? I have more time to set things on fire with my family. Where I'm from setting the woods afire is a nightly tradition. Also I have been working 7 days a week on random jobs: chainsaw and logging style work, sound system maintenance and electrical updates at various locations by day. At night I'm doing a mobile DJ service called J & M Mobile DJs. We have been doing weddings, Christmas parties, private events, Sundays at Artmosphere, booking promoting, and running sound for band shows at Frankie Burger's courtyard and prepping for the Black Sheep Christmas gig on Dec.25 at Blue Moon.

Best DJ Judd K gig ever? The Dark Side radio show back when Nitecaps was an alternative music club.

Worst DJ Judd K gig ever? At an after-hours biker bar between Eunice and Rayne that was in a foreclosed Baptist church. 3 stabbings, 1 guy got run over, and guns were being shot every 20 minutes. Trying to read and please that crowd was a challenge I was not ready for.

No offense, man. You're a small-framed guy? How do you use your size to your advantage? Many have assumed they had a physical advantage over me because of my size. Knowing this and accepting it an early age taught me that 9 times out of 10 the bigger person's guard is down due to misperception. One must never underestimate the powers of a hairless monkey ninja with a Calcasieu river swamp background.

In your opinion, what or who is the future of electronic/dance-based music? Bands that truly possess raw energy live and whose members collaborate with well-versed DJs acting as co-producers and remixers is a trend. On a local level it's happening due to respect for each other's art forms. On the regional level indie labels and websites like rcrdlbl.com are noticing this. Raw youthful expression through electronic controllers with live instrumentation and singing has no classification or set genre yet. What I do know is once it gets "classified" or "named" it's the end and time for the next generation to have an open forum of expression.

Name one thing nobody knows about Judd Kennedy? My eardrums are flat instead of being curved. I can hear what's said at 20 feet away better what is said at 3 feet away.