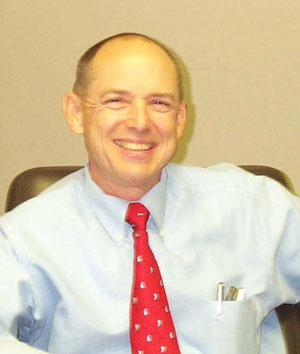 The days of free parking downtown are rapidly coming to an end. As traffic has steadily increased along with downtown's burgeoning crop of bars, restaurants and nightclubs, space is becoming limited, and several local entrepreneurs have capitalized on the situation.

In the past year, at least four parking lots directly on or off Jefferson Street have restricted access on weekend nights and started charging $5 per vehicle to park. And more restricted lots are in the pipeline.

Businesses such as Tsunami, Guamas Restaurant and 307 Downtown are among the local businesses that have bought or leased parking lot property along Jefferson Street. Now, even Lafayette Consolidated Government is following suit.

LCG Traffic and Transportation Director Tony Tramel is exploring the possibility of leasing out LCG's two lots at Postal Square along the Jefferson Street underpass to collect additional income for local government. The lots are currently free and open to the public.

LCG has 40 spaces next to the post office that it could lease immediately, and another possible 60 spaces in front of the city bus station at the corner of Cypress and Lee streets. Tramel says a few "entrepreneurial type people from the downtown area" have approached him about leasing the lots. "That's what has prompted us to look into the issue," says Tramel, adding that a lessee would also help LCG with maintenance and trash removal for the lots.

The number of bars downtown has nearly tripled since 1998, and Tramel says LCG needs to take a more active role in managing downtown parking. He's considering charging vehicles at nighttime to park in the public lot across the street from Dwyer's Café at the corner of Garfield and Jefferson streets by keeping the lots' parking meters running after hours.

"These options would provide some revenue to help us manage parking in a positive way rather than a passive direction that we're at right now," Tramel says. "There are people who advise me that the parking is out of control in the downtown area and that people park everywhere; it presents public safety issues with fire protection."

But the traffic and transportation department wouldn't be the first LCG division to begin leasing out its downtown parking lot. Last summer, the Downtown Development Authority began leasing out its lot adjacent to Jefferson Street Towers for $1 a year to Bodies of Enforcement, a business comprised of Lafayette police officers. Bodies of Enforcement was originally started as a production company for the annual Battle of the Badge, a charity event that pits area police officers and firefighters in amateur boxing matches.

BOE manages three lots on Saturday nights, charging cars $5 to park. Andres Landor, one of the company's founders and a 12-year veteran of the Lafayette police department, says 60-100 cars use the lots weekly, earning BOE approximately $1,600 monthly gross revenue. Patrons grumbled about BOE's presence initially, but Landor says drivers changed their tune quickly. "People started saying, 'You know what? It's $5, and you're out here watching the car, so it's worth it.'"

Landor says BOE hatched the idea after its members witnessed some of the problems associated with downtown's booming weekend nightlife. "We would respond a lot of time to those parking lots, in reference to fights and burglaries and stuff like that, so we knew that there were problems that were occurring in those parking lots," he notes. "So we approached the owners and suggested that we lease the lots and we would provide security, and we also maintain the lots."

DDA Director Cathy Webre says the lease agreement is mutually beneficial. "Part of the arrangement for us is that the insurance is covered," she says. "[Bodies of Enforcement] picks up the trash, and there's an off-duty police officer for security. So, we avoid out-of-pocket expenses, and then the lot can continue to get used without having those kinds of issues."

Chief Administrative Officer Dee Stanley says the city-parish president's office supports the idea of leasing out its downtown parking lots. In an e-mailed statement, he writes, "Joey Durel supports public-private partnerships, and we hope this will be win-win. A potential revenue source for local government that could be used to further meet the needs of Tony's [Tramel's] department, while providing some relief for parking would be ideal."

Councilman Chris Williams, whose district covers downtown, is willing to look at any proposal from Tramel but worries that restricting parking lots may deter people from coming downtown. According to Lander, Williams played a prominent role in shooting down a proposal from BOE to manage the public library's parking lot.

"I don't want to create a barrier to people," Williams says. "Because in Lafayette you can go a whole lot of places, and most of them you don't have to pay to park. We have public places already, and what our traffic and transportation department should be doing is working to provide safe, free parking that allows people access to the many activities that we have downtown."

Not everyone is winning with the new parking arrangements downtown. Grant Street Dancehall owner Don Kight's bid to secure the lot in front of his building failed, and the three lots that surround his building are now leased to 307 Downtown and Guamas.

"It puts you at a disadvantage if you don't have guaranteed parking," Kight notes. He says the parking situation is a deterrent to remaining in the downtown area and one of the reasons he plans to move the club in 2006.

Compounding the parking squeeze on the east side of Jefferson Street, businesses like IberiaBank and Coburn Supply Co. fence off their parking lots to avoid liability and litter issues associated with having a late-night parking lot for bar patrons.

Ironically, parking spaces at the other end of Jefferson Street in downtown often go unused. Tramel says that LCG's parking garage on Vermilion Street, which charges $2 to park after 9 p.m. Tuesday-Saturday, always has spaces available. Tramel is preparing to bring a proposal to the council next month that will increase that amount.

"There's always a perception you need more parking," says Tramel. "The fact is we have a parking garage that has never filled up."

Lafayette Parish Library Director Sona Dombourian says the downtown library lot is now one of the only free public parking lots remaining in the area. She says the traffic has grown in the lot to the point that the library board is now spending almost $23,000 a year with a cleaning service and has also occasionally hired security. She says the board has been approached about leasing its lot, but it is committed to keeping the lot open and free to the public.

"I understand why the situation is like it is," Dombourian says. "It's one of the growing pains that a city like Lafayette is facing especially when you're revitalizing your downtown."