Vagabond Swing just finished up recording their debut album of gypsy jazz and tarantella swing tunes with Grammy-winning studio wizard Tony Daigle and they're ready to swat that baby on the butt and release it to the public. Soundtrack to an Untimely Death is slamming concept record of sorts about a love triangle gone wrong, as in death and a good man turned bad. The CD is packed with nine tunes of train track mandolins, surfgrass, and Caucasoid Afro-beat. DJ Judd Kennedy opens the show. If you're looking for righteous show, plan on attending Vagabond Swing's Masquerade Ball and CD release party at Artmosphere on New Year's Eve night.

In addition, Vagabond Swing will appear on Cecil Doyle's Medicine Ball Caravan on KRVS 88.7 FM today at 11 a.m. You can listen online at KRVS.org. 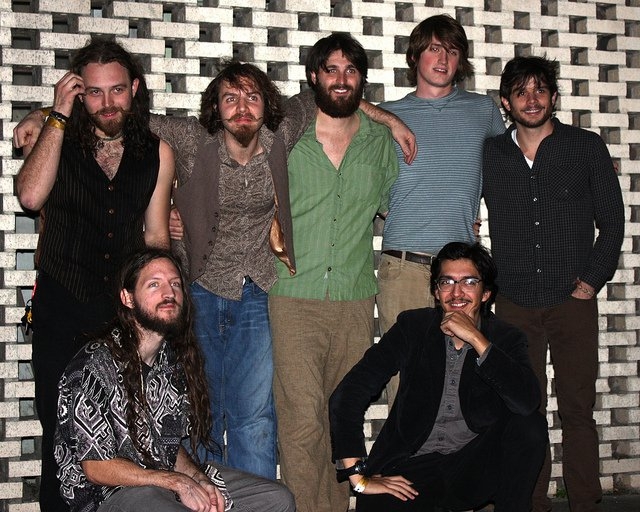 History of Vagabond Swing in 5 words, more or less.
For it twas written...

Why music and not Adult Store Cashier or Furniture Tester or some other trade?
Josh: Doing what you love is better than doing what you have to do.

When S gets rough, who's the go-to asskicker in the band?
Hayden & Roy: Jon Stone because he is a problem solving stone warrior.

What's up with the new record?
Band: We recorded with Sir Master Commander Tony Daigle in his Cajun palace. It was recorded, mixed, and mastered in between August and November. Tony the madman, he was able to capture the raw spontaneity that is Vagabond Swing. We would classify this a concept record. 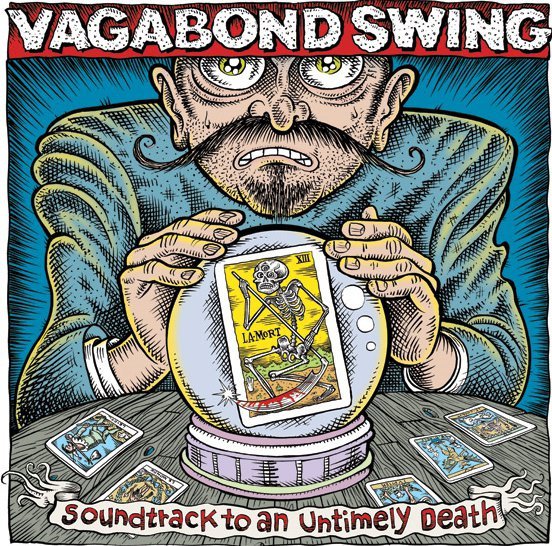 Briefly, give me a summary of the plot line and how it came about.
Roy: The plot of the story is about a love triangle that results in death and a good man turned bad (antihero if you will) on the run. We had written some of the songs before we had came up with the back story to connect all the songs. Jon and I write the lyrics, and I noticed a similar theme in our songs. So I started working on a story line. One day Jon and I were sitting at a theatre waiting for a movie to start, and I proposed the idea of the story and it grew from there.

What's the hardest thing about being in a band?
Jesse & Jon: Making money and finding time to sleep!

Best gig ever?
Band: Our upcoming CD release party on New Years Eve with DJ Judd.  It'll be our best gig ever, cause we can share the experience with our community. So everyone better come out to see our first album release.

9/11. Building 7 collapse: evidence of a secret government fraud & ramrod?
Steven**:** We'll  dispel all rumors and set the story strait at our CD release on New Years Eve at Artmosphere.

Have you ever experienced "missing time" a trait common among UFO abductees?
Roy: We are not allowed to speak on this topic.

In the event of a catastrophic world event, would the Real Elvis be more apt to suit up, sing, and calm the crazed masses as they're corralled into FEMA Camps, or load up the Cadillac with fried banana sandwiches and head into the mountains?
Jon & Hayden**:** I'd like to think he'd take the stage, but who can resist fried bananas or mountains? And we believe Elvis will be attending our CD release on New Year's Eve at Artmosphere. He already RSVP'd.

Name one thing nobody knows about Vagabond Swing?
Jon: Although we are primarily musicians, our next most important objective is locating the perfect taco/BBQ stand.