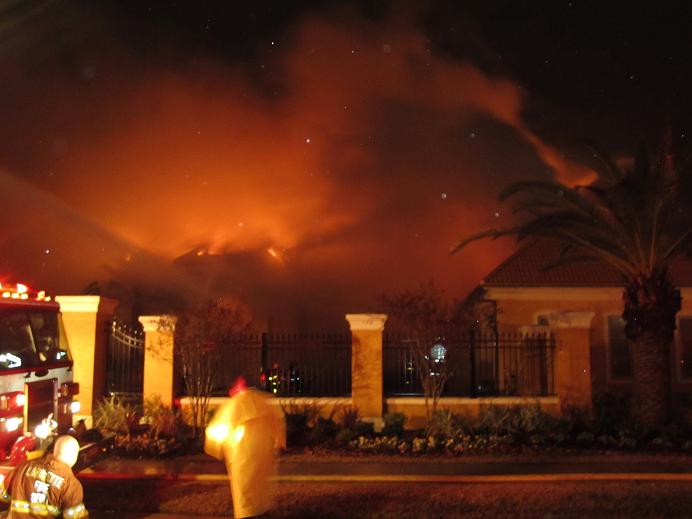 Chanda completed the Worth Avenue home about 2.5 years ago. The former top 10 player's signature smile Thursday morning belies the anguish of losing her dream home, which took two years to complete and had just received some finishing touches."She was just beginning to enjoy it," says Bernadette Rubin, Chanda's mom.

Chanda, 34, says she is unsure whether she will rebuild at the site, though she is confident she has adequate insurance coverage. "I'm going to take it one day at a time," she says. 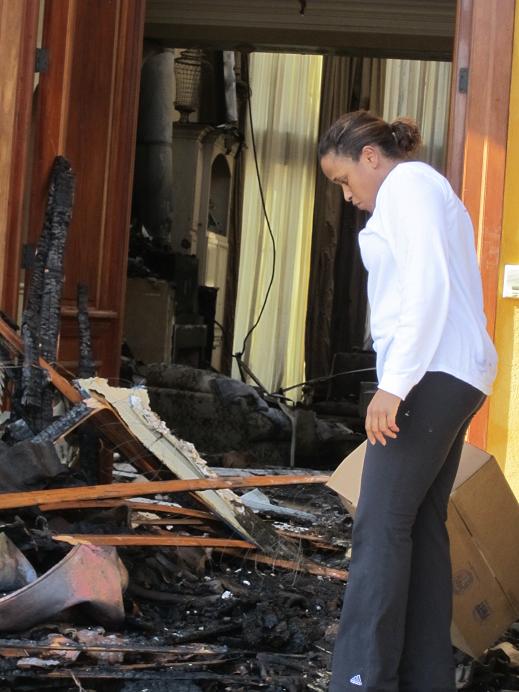 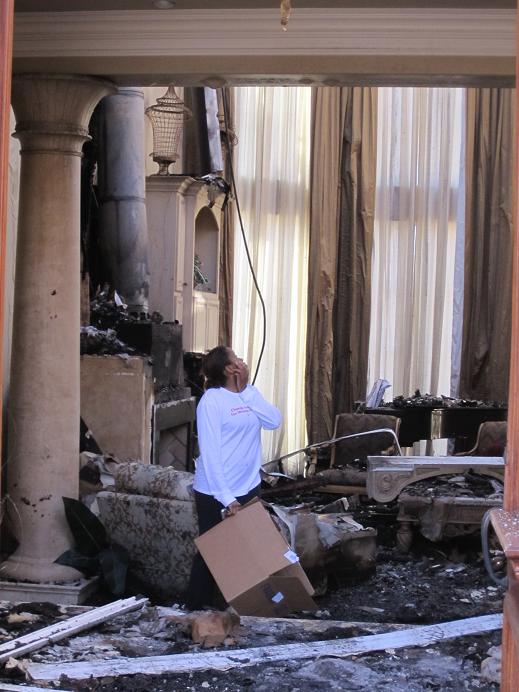 Thursday morning, Chanda and her family members, among whom was her father, District Judge Ed Rubin, were trying to salvage what little remains of the home's contents. The bulk of her professional memorabilia, including trophies and images with the numerous celebrities she rubbed elbows with over the years, is still at her parents' home, and some of what was in her home was spared. The upstairs of the home appears to be a total loss, and the bottom floor sustained major smoke and water damage. "It's only things," mom Bernadette says. "She's young; she can start over again."

At about 9 p.m. Wednesday Chanda was alone in the home, in bed watching TV, when the home's heat sensor went off. "That was the first indicator," she says. She soon heard water in the upstairs attic, about the same time lights began flickering. She called 9-1-1 and got out of the house when she saw a haze of smoke coming from a light can. She drove one of her two vehicles away from the home. "That's when I saw the smoke coming from the roof," she says. Chanda stayed for a while as firefighters battled the blaze but left the scene and stayed with friends in the neighborhood. The fire burned for about two hours.

In 1996, Rubin reached as high as No. 6 in the rankings. In a story about the fire, the Associated Press reported Thursday that her deepest run at a Grand Slam came that year [1996], when she reached the semifinals at the Australian Open. She won the Eastbourne International tournament in 2002, AP noted, and her last singles titles were in Eastbourne and Madrid in 2003.

The AP reported that she withdrew from a half-dozen tournaments this year due to a number of injuries.

Rubin was honored as a trailblazer by ABiz, The Independent Weekly's sister publication, in 2008, about the time she was transitioning to life off the professional circuit. Read that profile here and view additional video footage and images from the fire and its aftermath on The Independent's Facebook page here. Below is a video clip of the destroyed home, which concludes with Chanda retrieving what she calls a "pristine" pair of tennis shoes - a sign, perhaps, that the class act tennis player will keep swinging.