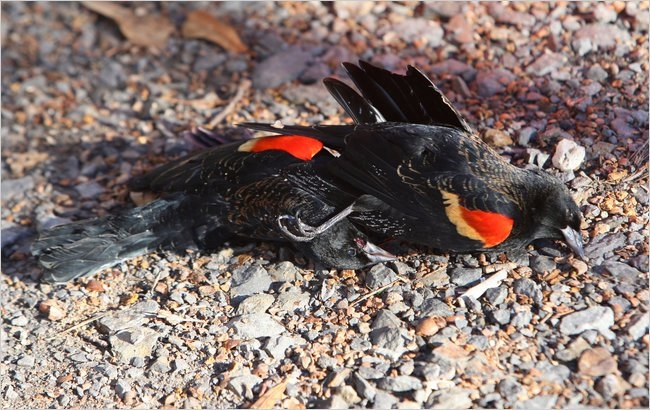 What caused the birds to suddenly expire and drop from the sky is unknown. Speculation on the cause runs from severe weather, such as lightning or high-altitude hail, to the possibility of fireworks and disease. There is even Internet-based chatter blaming the bird deaths on aerial spraying in the form of chemtrails (lingering airborne trails from high-altitude aircraft, resulting in the appearance of unnatural cloud formations lasting from one to six hours or more).

Keith Stephens, a spokesman for the Arkansas Game and Fish Commission, said results from lab tests of the dead birds showed evidence of trauma in the breast tissue, blood clots in the body cavity and internal bleeding. Meteorologists in the Little Rock area reported a heavy thunderstorm over Beebe earlier in the day; however, the effects of the storm have not been officially linked to the death of the birds.

Tasked with recovering as many birds as possible, the Louisiana Department of Wildlife and Fisheries will send the bird carcasses to the University of Georgia for genetic and pathogenic testing to determine a potential cause for the mass death.