Lawmakers below I-10 are beginning to coalesce behind a proposed congressional district that would hug the coast from one state line to the other. By Jeremy Alford

You can tell it's redistricting time. State lawmakers, in one instance of self-preservation so far, are pushing for a new congressional district that would bind all of Louisiana's parishes that have a direct interest and stake in the Gulf of Mexico. Of course, that means the entire coastline.

Lawmakers below I-10 are beginning to coalesce behind a proposed congressional district that would hug the coast from one state line to the other. By Jeremy Alford 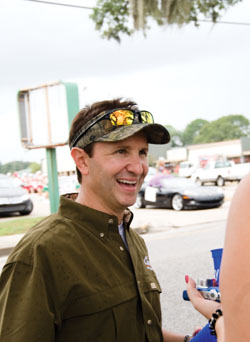 You can tell it's redistricting time. State lawmakers, in one instance of self-preservation so far, are pushing for a new congressional district that would bind all of Louisiana's parishes that have a direct interest and stake in the Gulf of Mexico. Of course, that means the entire coastline.

As drafted by Rep. Joe Harrison, R-Napoleonville, the district would encompass the shoreline from Cameron to Plaquemines parishes. "Coastal issues have become among the most important for our state and it's time we speak with one voice," Harrison says. "We need a full-time spokesperson."

Harrison is also calling for a new minority district that would stretch from Orleans Parish west into corners of East Baton Rouge. "The district carefully considers balanced representation across all economic and ethnic citizenry and has already received positive commentary from persons who ultimately would bear the task of its approval," he adds.

According to figures released by the U.S. Census Bureau, Louisiana is the third slowest-growing state in the nation and is now required to forfeit one of its seven congressional seats. In response, House and Senate leaders have scheduled a special session to convene March 20 to tackle the lofty charge of redrawing the lines of Louisiana's political districts.

It has already been a heated process and by no means is Harrison's plan the first volley. For example, there's another redistricting plan being pushed by a Christian-conservative advocacy group and Sen. Elbert Guillory, D-Opelousas. The plan by the Louisiana Family Forum, which describes itself as "nonprofit statewide research and education organization," is the same group that also called last year for eliminating the 3rd Congressional District, which covers portions of Acadiana.
Harrison's plan, however, had the momentum - if only for being more recent - going into the holidays.

If his proposal for an all-coastal district is adopted, that would pit Congressman Charles Boustany, R-Lafayette, against Congressman-elect Jeff Landry, R-New Iberia. Landry will soon be sworn in as the replacement for outgoing Congressman Charlie Melancon, D-Napoelonville, who has represented the southern swath of Acadiana since 2005.

Landry, who has offered words of encouragement for the plan so far, says he understands why, after years of taking a piecemeal approach, coastal leaders are advancing this new plan. "These state senators, state representatives, and parish and local leaders know that a divided voice will cost Louisiana jobs, result in continued lost revenue from offshore production moratoriums and red tape, and will harm the ability to protect and restore our coast," Landry says. "Working together as one unit, they believe, will allow them to speak with one voice and fight for Louisiana's coast." 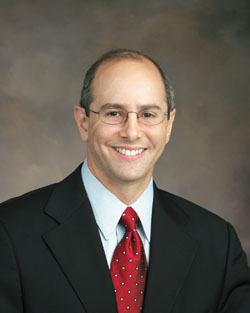 Boustany, who's expected to be in the running for a leadership role after the next Congress is seated, says he has one primary objective and concern when it comes to the redistricting process. "I will fight hard to keep Lafayette and Lake Charles in the same district, as southwest Louisiana's economy benefits by having these two metropolitan areas together," Boustany says.

A large share of the redistricting work to come will be as much about geography as mathematics; it's expected that lawmakers will need to craft each of the six new districts to have populations of about 750,000. But Elliott Stonecipher, a demographic and political analyst from Shreveport, says the process won't be cut and dry or even formulaic.

The U.S. Department of Justice, which will ultimately review Louisiana's plan, has already set forth a number of strict guidelines; there's an immediate need for a black-majority district that will inevitably include New Orleans; and politics will play its part, like in a recent push by north Louisiana lawmakers to ensure that Monroe continues to have its own congressman.

Stonecipher argues that a coastal district doesn't fit into these parameters because it throws off the majority-minority district requirement and clashes with the other campaign in the Monroe region, which is said to be of particular interest to Sen. Bob Kolstelka, R-Monroe, who chairs the Senate and Governmental Affairs Committee.

On the other hand, Stonecipher says the match-up of Landry versus Boustany has political heft, since any new strategy would naturally disfavor the rookie in the delegation.

Politics may very well be the most dangerous and unpredictable part of the coming redistricting process, Stonecipher says, because the charge itself isn't as lofty as it seems given the parameters lawmakers have to work within. "Without a lot of competing personal political goals from those doing the designing, reducing to six districts is not a heavy lift," he says. "A civilian team could easily do this and stick to the rules."

For more information on the plans and guidelines mentioned in this story, explore the following:
Harrison's complete plan, including a map and population breakdowns, can be found at http://joeharrison.us/wp-content/uploads/2010/12/Coastal-Plan.pdf.
The two plans released thus far by the Louisiana Family Forum can be accessed at http://www.lafamilyforum.org/redistrict.
Information on state-level activities, ranging from the March special session to the makeup of current House and Senate districts, visit http://www.legis.state.la.us/.
The U.S. Department of Justice has also compiled a wealth of historic voting data, an overview of its rules and more at http://www.justice.gov/crt/about/vot/redistricting.php.