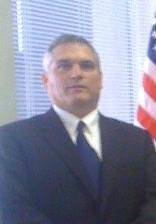 Like Lafayette City Prosecutor Gary Haynes, the Morgan City native is also serving the dual role of special assistant district attorney. The latter allows Haynes and Dupont to prosecute state offenses in Lafayette City Court, such as DWIs, while also handling all violations of city ordinances. Dupont's predecessor, Allen, was not an ADA.

Dupont, 45, has worked for The Dill Firm, an insurance defense practice based in Lafayette, for the past 5.5 years and also most recently was with the 15th Judicial District Indigent Defense Office, mainly doing bond reductions and hot check defense work, Haynes says. Dupont will continue to do civil work for The Dill Firm.

"His broad background, education and discipline, including former duty in the Marines, will serve the office well," Haynes says. After the Marines, Dupont went to chiropractic school, practiced for a while and then returned to school to study law.

Former assistant city prosecutor Allen was asked to resign following a July charge, filed in a bill of information, that he assaulted a bail bondsman. When Allen refused, he was fired by Lafayette City-Parish Attorney Pat Ottinger. Allen is accused of pushing bondsman Vaughn M. Swilley outside the parish courthouse, according to District Attorney Mike Harson. The two had begun arguing inside a courtroom over the bond on one of Allen's defense clients, and the argument ended up spilling out onto the street.

Ottinger selected Dupont for the position. "In searching for a person to appoint as assistant city prosecutor, I interviewed and considered numerous candidates and also discussed the issue with members of the legal community," Ottinger said in an emailed statement. "I was looking for someone who had both experience and integrity. I believe that Mr. Dupont possesses the qualities which I deem important for this position. He is a serious, competent lawyer, and I am confident that he will do an excellent job in this position."