Country musician Kevin Anthony and The Berard Family band team up to twang hard at the Blue Moon.

Funny how the older you get, the more country music and jazz make sense. Not all of it. But some of it. After a certain age, you're, like, "This crap doesn't sound as bad as it did when I was 19, had no brains, hated everything and wanted to beat people with bats."

Times change, huh? The blood mellows. The testosterone rolls off. Some of the hair jumps ship. You have to pay taxes and take your lady out to eat at a nice restaurant once in a while and act normal. Next thing you know - BOOM! - you're a jazz hag, feeling those horns and nodding your head, thinking, "I now know what this music is saying. Its saying I lived a hard life; I took some hits, but I didn't kill anybody on the way up. And most importantly nobody killed me (even though the bastards tried!) I made it through, baby, and I've earned the right to be refined and mellow on occasion. I can sip wine and make polite conversation with people I don't know. And I can occasionally dig jazz and country music.'" Strange how the dice roll.

Kevin Anthony returns to the Blue Moon Saloon on Jan. 20, to play his country music along with the Cajun-country roots of Grammy nominee Al Berard and The Berard Family Band. 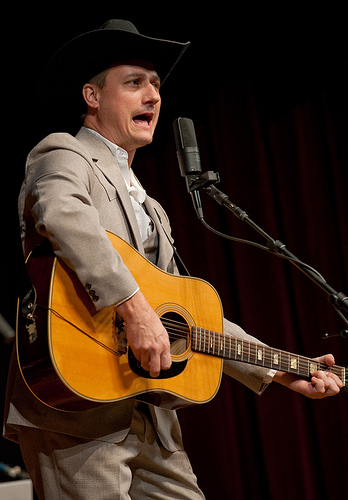