Van Eaton & Romero, already the largest real estate brokerage firm in Acadiana, announced Jan. 18 that it had purchased the residential division of Stirling Properties' Lafayette office. Van Eaton secured the local franchise from New Orleans-based Latter & Blum Realtors, which got a much bigger piece of the action, buying Stirling Properties' residential divisions in both greater New Orleans and Baton Rouge. Terms were not disclosed on the deals.
Extending Its Lead 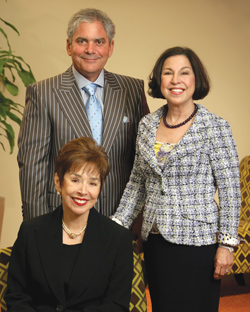 Van Eaton & Romero, already the largest real estate brokerage firm in Acadiana, announced Jan. 18 that it had purchased the residential division of Stirling Properties' Lafayette office. Van Eaton secured the local franchise from New Orleans-based Latter & Blum Realtors, which got a much bigger piece of the action, buying Stirling Properties' residential divisions in both greater New Orleans and Baton Rouge. Terms were not disclosed on the deals.

Stirling Properties, which is headquartered in Covington, has a commercial division in Lafayette at 1819 W. Pinhook Road. The company retained all of its commercial business, which has long been its specialty. Stirling Properties told The Times-Picayune the company plans to focus on its commercial brokerage, management division, new development and acquisitions. Its portfolio includes local and regional shopping centers, office buildings and business parks. Late last year, Stirling put together a group of investors to buy the Pan American Life Insurance tower in New Orleans from San Diego-based Equastone LLC for $60.9 million, and, according to the T-P, more acquisitions are in the works.

In addition to its Covington operations, Stirling has Louisiana offices in New Orleans, Metairie, Hammond, Mandeville, Baton Rouge, Prairieville, Bossier City/Shreveport and New Iberia.
Latter & Blum Inc. and its affiliates (the firm has a property management operation on Lafayette) are the largest full-service real estate brokerage in the Gulf South. Established in 1916 in New Orleans, the firm has offices in Baton Rouge, Alexandria and along the Mississippi Gulf Coast that handle all phases of residential and commercial sales and leasing. - Leslie Turk

Lafayette branding/communications agency The Russo Group is expanding its own brand to New York via a newly announced strategic alliance with The Greystone Project, a New York marketing and communications firm. Greystone is serving as the public relations arm of The Russo Group. In addition, Jeff Johnston, founder and CEO of Greystone and a Louisiana native, is joining Russo in its Lafayette headquarters and will serve as executive vice president/senior brand strategist.

In a press release announcing the partnership, Johnston says the relationship between the companies is a good fit. "From the moment I met [Russo co-owner] Jaci Russo it was clear that our aggressive pro-client philosophies were in sync and our combined backgrounds could do much for our clients and our own mutual growth. And, coming home to my native Louisiana has been a long time goal."

"We are thrilled to be working with Jeff and the team at Greystone," Russo says. "Their public relations capabilities and media contacts fit well with our branding experience, and having a New York office gives us a deeper national presence as well as close proximity to the world's media on behalf of our clients." - Walter Pierce
Well-Tested

Greene's Energy Group is a prime example of how local companies are helping prevent future offshore disasters like BP's. A leading provider of integrated oilfield services that has its operations headquarters in the Hub City, Greene's now offers third-party testing of blowout preventers and related equipment. The company is doing its part to ensure the industry is compliant with the new regulations issued by the Bureau of Ocean Energy Management, Regulation and Enforcement.

Greene's has been a leader in BOP testing for more than 50 years; recently, its work was commended by the BOEMRE for thoroughness with submitted reports being promptly approved.

Using the latest in digital testing technology to ensure accurate results, Greene's can provide testing services for all types of BOPs and associated equipment. All data and testing results are recorded independently by a technician and a certified professional engineer and compared to ensure accuracy. Once results are verified, Greene's prepares a comprehensive report for the client to submit to the BOEMRE for approval. These reports include all state-of-the-art data required by the BOEMRE for certification, as well as basic images, charts and calculations.

"New regulations have made it even more important to work with a service company that provides accurate and dependable results," says Shawn Ellis, Greene's Gulf of Mexico director. "Experience, knowledge, quality products and equipment and a commitment to safety contribute to successful BOP testing. That's how Greene's helps provide safer work environments while reducing downtime."

In addition, Greene's can provide services to certify the entire pressure containing system, as required by BOEMRE regulations. 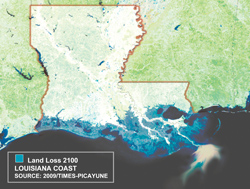 A federal report released in mid-January made specific recommendations for advancing recovery efforts in the wake of BP's Deepwater Horizon oil disaster, including a call for more money for coastal restoration.

The 377-page report compiled by the National Oil Spill Commission, a panel appointed by President Barack Obama, took six months to complete and offers an accounting of the catastrophe, proposed safety guidelines and possible government reforms.

As for shoreline recovery, the report specifically supports directing at least 80 percent of the criminal and civil fines connected with the disaster to coastal restoration.

"Directing such payments to the Gulf could, for the next 10 years, provide significant funding," according to the report. "Should Clean Water Act penalties not be redirected toward Gulf ecosystem restoration, Congress should consider other mechanisms for a dedicated funding stream not subject to annual appropriations."

Related fines could range from a maximum of between $1,100 and $4,300 for each of the 4.9 million barrels spilled - that is, if the responsible parties are found to be grossly negligent for the well blowout.

Estimates are that the total fines could be between $5 billion and $21 billion, all of which would normally be deposited into the federal treasury.

The idea united even the most partisan and had authors as diverse as Democratic Sen. Mary Landrieu of New Orleans and Republican Sen. David Vitter of Metairie, even though it failed to gain passage on Capitol Hill.

However, both are taking another swing at the cause during this new Congress, as is Rep. Steve Scalise, R-Metairie, who stood by the two senators in 2010 with his own version of the penalty-sharing bill.

The commission's final findings serve as a boost to their collective efforts, but it's not the only ringing endorsement.

A gaggle of environmental groups - ranging from the Coalition to Restore Coastal Louisiana and the Environmental Defense Fund to the Lake Pontchartrain Basin Foundation - came out in support of directing billions of dollars in fines and penalties to restoring the coast.

Sierra Club Executive Director Michael Brune adds that the report will only have value if its recommendations are followed.

"The commission has laid out important steps that will inform recovery and restoration efforts along the Gulf Coast," he says, "ensure that oil companies like BP are held accountable to pay the full cost of restoration, redirect funds to rebuild the Gulf Coast ecosystem, provide more funding for enforcement of critical regulations and clean up in the communities when future disasters occur."

Freshman Rep. Jeff Landry, R-New Iberia, who represents Terrebonne and Lafourche parish, has thrown his support behind Scalise's penalty-sharing bill, too, and is serving as an official co-sponsor.

The measure would create the Gulf Coast Ecosystem Restoration Task Force, which would oversee the targeted fine monies and report annually to Congress.

Under the proposed plan, all eligible coastal states would have to submit a plan for approval to the task force.

Landry says the proposed task force will be enough to guide recovery and a new federal agency, as suggested National Oil Spill Commission, but anything further would be an overreach - especially from the perspective of folks in the oil and gas industry.

"Congress should not create another regulatory agency," Landry says. "More regulation will only give jobs to government bureaucrats while crippling job creation, increasing our deficit, and making us more reliable on foreign oil. Instead, we must work to promote environmental sustainability and economic growth."

"It is only proper that the Gulf Coast states that were impacted should receive the lion's share of the fines BP will have to pay as a result of the Deepwater Horizon disaster," Scalise notes.
The underlying goal for Scalise, Landry and others will be to build on the momentum that the penalty-sharing concept has gained in recent weeks.

To be certain, there's plenty of evidence that the nation is still interested in oil disaster - for instance, Yahoo! recently announced that the BP oil spill was the top search of 2010, beating out the likes of Kim Kardashian and Britney Spears.

Another recent government report by Navy Secretary and former Mississippi Gov. Ray Mabus also noted the need for a long-term environmental restoration plan for the Gulf Coast.
It recommended that a "significant amount of any civil penalties recovered under the Clean Water Act from the Deepwater Horizon spill [should] be deposited into a Gulf Coast Recovery Fund managed by a Gulf Coast Recovery Council."
Reaux joins MidSouth, Cloutier promoted 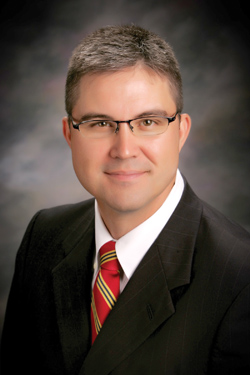 Reaux will oversee finance and accounting, information technology, credit and human resources. He most recently served as vice chairman and CEO of Tri-Parish Bank, and was previously president/CEO of LBA Savings Bank and executive vice president of Bank of Lafayette. The Lafayette native is widely known in the Hub City banking community for taking LBA's parent company public in 1996 and later completing a merger with IberiaBank. Reaux is also chairman of the board of The Independent Weekly LLC, the company that publishes The Independent Weekly and ABiz.

Troy Cloutier, son of MidSouth President/CEO Rusty Cloutier, is an 18-year veteran of MidSouth. He most recently served as regional president for bank's south and east regions, chaired the Regional Loan Committee and has managed due diligence for the mergers and acquisitions team.

"After a year-long search by a national firm to seek out management that would strengthen our organization and position us to achieve our expansion/growth objectives, we 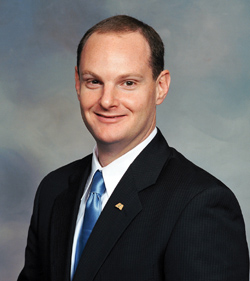 identified the best leadership team from within our own organization and the Acadiana community," Rusty Cloutier says. "We are delighted that Jerry is joining the MidSouth team. Given his extensive industry experience, Jerry will be a valued addition to MidSouth's efforts to expand through acquisitions and improve operating efficiencies. Furthermore, having Troy in his position of chief banking officer will allow for a more coordinated focus on organic loan and deposit growth. Bringing this talent together fortifies not only MidSouth Bank's position in the marketplace but also Lafayette's place as the banking hub in the state." - Walter Pierce