[Editor's Note: This story has been modified to include a reference to LA Ice, a competing rink located in Carencro.]

Over the weekend, Planet Ice hosted the UL Ragin' Cajuns ice hockey team as they faced off against the Tulane Green Wave club for the opener of the second half of the season. 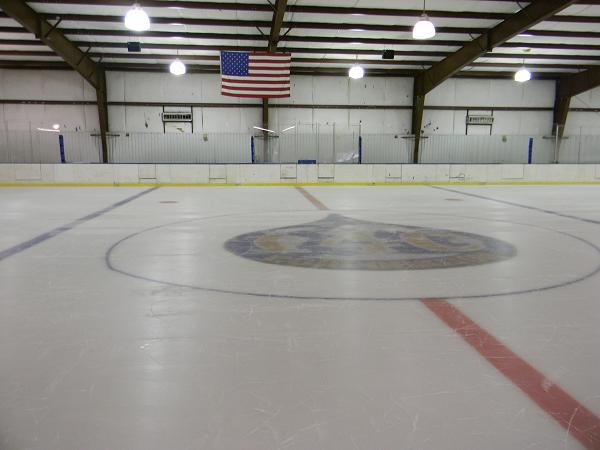 The Planet Ice Skating and Hockey Rink is set to open Wednesday for general admission to the public after nearly two and a half months of renovations in converting the building from what was once the Skatespot skate park into an ice rink.

"I think that hockey needs to be grown at the youth level and it's hard to do that with just a professional team," says Danny Smith, the owner of the Planet Ice rink, "so having a rink here in the center of town will have a lot more kids to be exposed to hockey, figure skating and just skating in general."

Smith says his primary reason for establishing the ice rink was to give Lafayette residents a choice they might not have been able to make otherwise.

"The biggest problem I have here with the hockey scene in Lafayette is that if I were a person who never played hockey (or) never skated before, but wanted to, there's no place you can go skate" says Smith. "There's no session where you can just come out there and have no experience and get into the swing of things. There needs to be more ground level beginner hockey that would feed into the more advanced skills, and that's how you would grow your own ease and grow the sport."

Over the weekend, the rink hosted the UL Ragin' Cajuns ice hockey team as they faced off against the Tulane Green Wave club for the opener of the second half of the season. Tulane won both games with 12-0 on Saturday and 10-4 on Sunday.

According to Smith, Planet Ice will serve as the home rink for the UL Ragin' Cajun and LSU Tiger ice hockey teams, both practicing and playing at the rink.

"In Canada where I'm from, they have a national championship (of broomball)," says Bryan Wells, the general manager of Planet Ice. "There's guys fighting and it gets rough, man. A couple of the native reserves, the reservations, they got some really good teams."

Wells describes broomball as two teams play the full-length of the ice hitting a special ball on the ice with brooms and usually no skates. He added that it is full contact and, much like rugby, the ball is constantly in play with no stoppage.

"I think the model was soccer," adds Smith on his ambition of bringing hockey to the Lafayette area. "If you look at how soccer has grown in this town, it's unbelievable how many kids they have playing soccer now from what it was 10 years ago. Soccer probably had a hundred kids 10 years agothere's probably a hundred fields in this town right now."

Planet Ice will be open to all ages and all skill levels. Admission to public skating sessions will be $6 without skate rental and $8 with skate rental. Weekday group rates are $5 and weekend and holidays are $6 with reservations required 24 hours in advance. Group lessons are also available for a maximum of 12 students at $65. Concessions and rooms for birthday parties will also be available.

The public skating schedule for the rink is Wednesday from 6 to 9 p.m. for Skating with the Stars, Friday from 7 to 11 p.m., Saturday from 2 to 4 p.m. and Sunday from noon to 3 p.m. for family skating. For more information, visit www.planeticerink.com.