The Lafayette Housing Authority audit delivered to 15th Judicial District Attorney Mike Harson in mid-January could be in front of a grand jury next month. 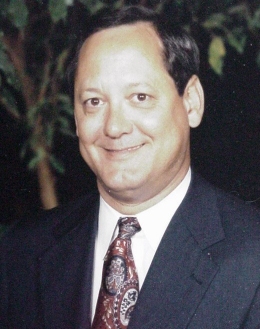 The Lafayette Housing Authority audit delivered to 15th Judicial District Attorney Mike Harson in mid-January could be in front of a grand jury next month.

Harson told The Independent Weekly Thursday morning that he plans to let a grand jury decide if criminal charges should be pursued, possibly some time in February. "I think the public will prefer that," he said. The state's legislative auditor began a probe of the LHA's operations in August and publicly released its troubling findings on Jan. 17. An ongoing federal investigation is being conducted by the FBI and U.S. Department of Housing and Urban Development's inspector general.

Harson said he is still reviewing the audit for possible violations of state law and declined to comment specifically on the red flags raised in the state's review. "They have several issues," he said, noting primarily the excessive (my word, not his) salary and raises for former Executive Director Walter Guillory, who was earning $186,000 (plus an estimated 26,000 in fringe benefits) when he resigned from the LHA in late October, having been given a $55,000 raise by the board of commissioners in late 2009 - about the time he was leaving the Opelousas Housing Authority. He was paid $80,000 a year to also serve as executive director in Opelousas when he was making $150,300 from the LHA - where at the time he got another $26,000 in fringe benefits, including a $5,000 business/clothing allowance and $19,000 in medical insurance premiums. When he was doing double duty, his salary alone from both agencies reached $242,000, the auditors noted. The Opelousas agency is also now under investigation.

State auditors said the LHA's management was unable to provide any documentation that Guillory received performance evaluations before his salary was increased or that the full board of commissioners ever approved the raises.

Another area of interest for Harson was money paid to Disaster Housing Assistance Program case managers, among whom was former Lafayette City-Parish Councilman Chris Williams. Auditors found 91 hours that overlapped between Williams' jobs at UL (where he works full-time and also teaches part-time) and his DHAP work. Williams' answer: He's not Superman - Employees of his nonprofit did the DHAP work. The problem with that explanation is everyone at LHA believed Williams was doing the work, and he was unable to tell state investigators which of his employees worked on the program and when. He has no such records.

Additionally, the audit notes instances where LHA employees or immediate family members appeared to have entered into contractual relationships with housing authority (in likely violation of state law), questions the use of state grant funds and credit cards and points out possible violations of U.S. Department of Housing and Urban Development guidelines in hiring professional service vendors. The latter issues will be taken up by the feds.