A group from West Point, including Lafayette native Matthew McGoffin, arrived in Cairo on Monday, Jan. 17, eight days before tens of thousands of angry, disaffected Cairenes took to the street in protest. 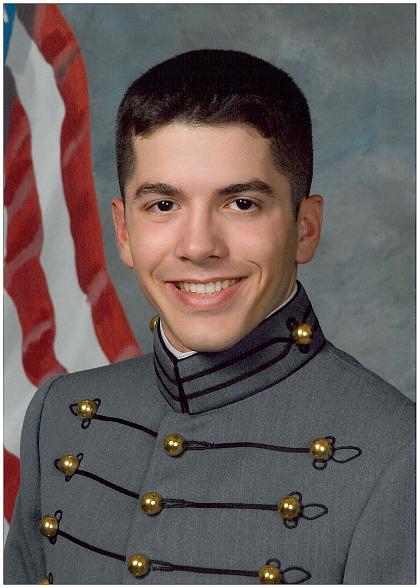 Matthew McGoffin, a 2008 graduate of Lafayette High and a third-year cadet at the U.S. Military Academy at West Point, NY, is safe today in Istanbul, Turkey, after being evacuated with seven fellow cadets from Cairo, Egypt, where nearly a week of intense civil unrest has brought the country - and its Internet and telephone service - to a chaotic standstill.

McGoffin is studying Arabic at West Point and was supposed to spend the semester immersed in the culture in Cairo, where he would also take language courses at American University.

"He was going to be able to let his hair grow out and let his beard grow for the first time since he left," says his father, Lafayette attorney Gary McGoffin.

The group from West Point arrived in Cairo on Monday, Jan. 17, eight days before tens of thousands of angry, disaffected Cairenes took to the street to protest the authoritarian regime of Egyptian President Hosni Mubarak. The cadets were not in uniform during their time in Cairo and had rented apartments in a suburb where they stayed - Egyptian authorities instituted a curfew when the rioting began - until late in the week when they made their way to the U.S. Embassy. They were then taken to a secure compound where an official attached to the embassy lives.

McGoffin says he and his wife received a phone call from Matthew at 6 a.m. Central Time - Cairo is eight hours ahead of Lafayette - on the day the unrest began.

"He was in a bazaar, shopping and haggling and just having a great time," McGoffin recalls. "That afternoon at 2:30 p.m. our time, which would have been 10:30 p.m. their time, I heard on BBC news that there were 20,000 protesters in the street and things had started."

The McGoffins knew through sporadic Internet contact with Matthew during the week that he and his fellow cadets were safe. On Saturday the families of the cadets received a reassuring email from the embassy official who wound up sheltering the group:

My wife and I have had the honor of hosting cadets during their time in Cairo over the last couple of years, and last night had planned on meeting/taking the new group out on a felluca ride on the Nile. Well.obviously that didn't happen! I think you've heard from some of our stateside connections already, but just wanted to send out another email this AM from the embassy (the only place with Internet) to let you know the boys are fine, and will be staying at our house for the duration of whatever the heck this is. I apologize for the short/group nature of this message, and will hopefully be able to provide an update tomorrow. Once Internet is turned back on, they will be emailing you themselves from our house.   They're a great group, and we consider them our surrogate son and will treat them as such. (That probably means my wife will have them doing dishes.) The cadets were evacuated Monday to Istanbul and within a week they should arrive in Morocco where they will complete their Arabic-immersion semester.

McGoffin says that while he and his wife, Thelmi, were naturally concerned about Matthew's safety early on, the military academy kept them up to speed on developments.

"We knew that being West Point cadets they were valuable assets to the United States government, so we were pretty confident that things were going to work out for them," McGoffin says, adding that Matthew's main concern was being able to complete his immersion semester - and let his hair and beard grow out a bit. "The biggest disappoint for him," McGoffin adds, "was the fact that he might have to go to West Point for the semester instead of finishing up in Egypt or one of those countries."