DA Mike Harson has subpoenaed three witnesses in the lawsuit he filed against former Lafayette Housing Authority board members believed to have violated the state's open meetings law.

Fifteenth Judicial District Attorney Mike Harson has subpoenaed three witnesses (see below) in the lawsuit he filed against former Lafayette Housing Authority board members believed to have violated the state's open meetings law.

The DA is charged with enforcing the state law.

In mid-November City-Parish President Joey Durel dismissed, for the second time, LHA commissioners John Freeman, Joe Dennis and Leon Simmons, citing several violations of the state's open meetings law after the three went into executive session in a special meeting Oct. 26. Present at the meeting were television and newspaper reporters (including this reporter), along with state Rep. Rickey Hardy, LHA Human Resources Director Lydia Bergeron, and LHA Administrative Assistant Danielle Carmouche, wife of former LHA deputy director Jonathan Carmouche. On Jan. 28 Harson issued subpoenas for Hardy, Bergeron and Danielle Carmouche to testify at a 10 a.m. hearing on Feb. 14. Retired Judge Arthur Planchard, who has been appointed judge pro tem by the state Supreme Court, is scheduled to hear the case, according to the Lafayette Parish Clerk of Court's office. Planchard will temporarily hear cases assigned to District Judge Ed Broussard, who is presiding over a major medical malpractice lawsuit, according to the clerk's records.

The October executive session meeting was held the day after LHA Executive Director Walter Guillory and his deputy resigned. Members of the media and others were asked to leave the building so an executive session could take place, and they waited outside of the LHA's Section 8 building on Kattie Drive for 30 minutes before being invited back in.

Board member Dennis adamantly denied in a letter to Durel that the board went into executive session that day. After inviting the media back into the meeting, the board members informed those present that they only discussed giving Freeman authority to sign checks for the LHA. While they had intended to discuss Guillory and Carmouche's employment, that was no longer necessary because they had resigned, the media were told. The minutes summary of the meeting, prepared by Danielle Carmouche, reflect that an executive session did take place. But they contradict Durel's contention that the session was not lawful. While the meeting was tape-recorded, the tape mysteriously turned up blank.

In his complaint, Durel claims the board did not openly vote to go into executive session, did not state the purpose for the executive session (what personnel matter it would take up) and failed to vote to go back into open session, all clear violations of state law. Additionally, Durel noted in a Nov. 19 letter to the three board members that they failed to indicate on the agenda the precise purpose for the executive session and that a copy of the open meetings law is not posted at the offices of the LHA, as is required by law.

The open meetings law calls for fines of up to $100 per violation, Harson is suing the trio for four separate violations.

Durel removed the three board members in August after an independent audit revealed widespread mismanagement at the LHA and led to state and federal investigations. The three board members are again appealing their dismissal; they were reinstated after their first removal by District Judge Ed Rubin. Lafayette City-Parish Council Chairman Kenneth Boudreaux, who took their request for an appeal off the council agenda, is awaiting the outcome of Harson's case against them before allowing them move forward with an appeal to the council, the first step in their potential reinstatement. 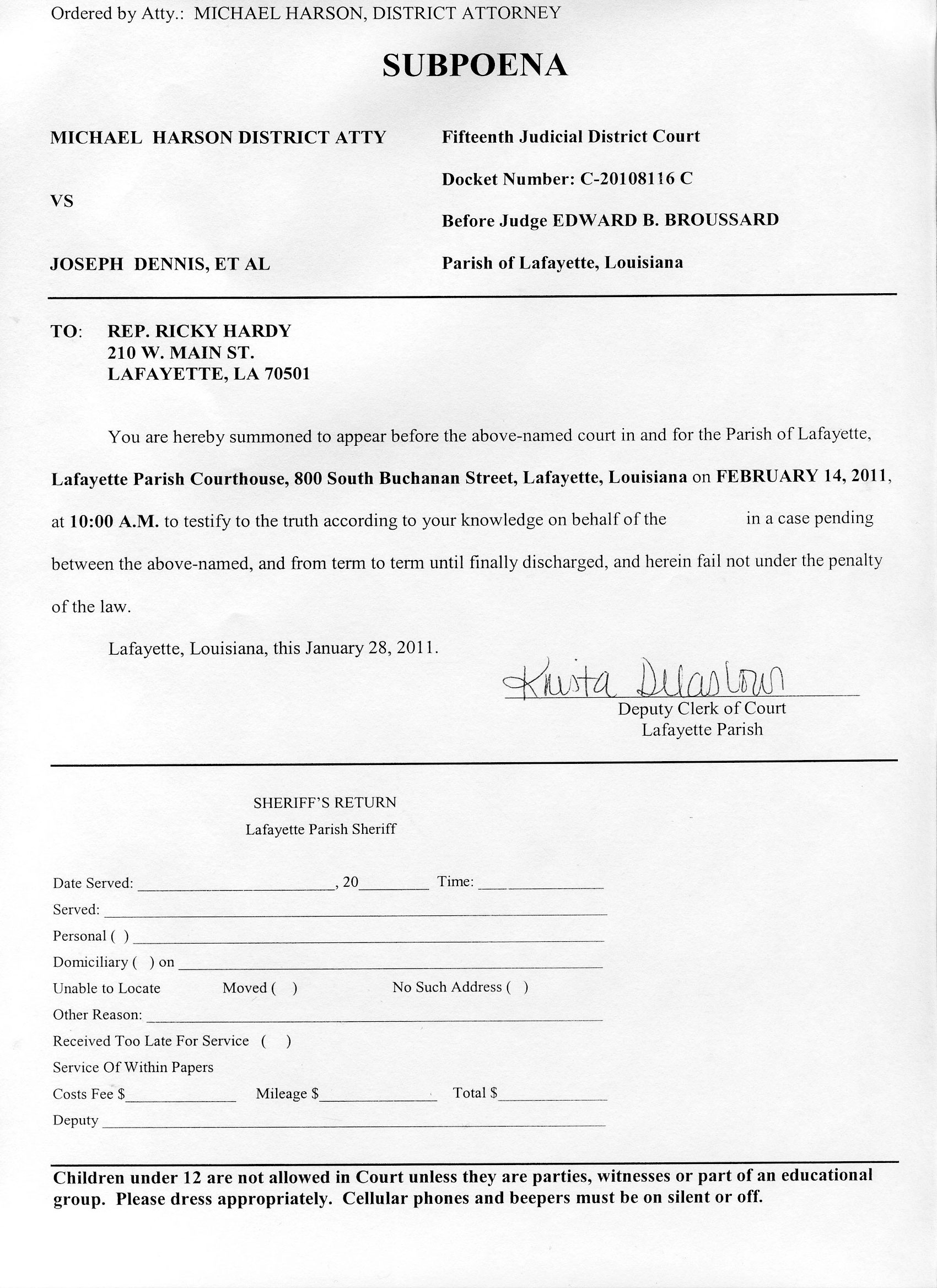