The Department of Wildlife and Fisheries finally has a secretary who can skin a buck and run a trotline, but Bryant Hammett is also a shrewd politician. 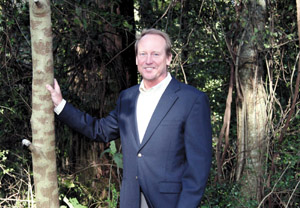 When Jeff Arnold was elected to the House of Representatives four years ago, he knew exactly where he wanted to sit on the chamber floor. In fact, one of Arnold's first official actions after being elected was to campaign for that seat location. It might sound odd or eccentric, unless you know his reasons.

Arnold had found out there was an open seat next to former Rep. Bryant Hammett, a fellow Democrat and chairman of the almighty Ways and Means Committee, the premier tax-writing panel. The seat in question was also surrounded by the chairmen of appropriations and education, as well as a former speaker of the House. "Obviously, your seat mate can be really important, so I called Bryant to ask about getting that seat," Arnold says. "But he never returned my call."

New Orleans Rep. Arnold says he felt snubbed, but in subsequent weeks a couple of people told him Hammett had been calling with questions. Hammett was doing his research on Arnold. "And you know, he never did call me back," Arnold says laughing. "But I did get the seat, and we became quick friends. When Katrina blew us out, he offered my entire family his hunting camp. The man has a huge heart, but he can be calculating. He likes to know the outcome before going into battle."

Some might say that's Hammett in a nutshell, but his cautious nature is only one side of this complicated man. Yet there's little doubt he's perfect for his new job as secretary of the state Department of Wildlife and Fisheries. If you've spent any significant amount of time in rural Louisiana, then you already know Hammett, 50, or someone like him. He's spent a lifetime chasing frogs, sitting in trees, hiding in blinds and riding on water. His four-wheel drive pickup truck shows perpetual evidence of mud and has a Jerry Jeff Walker album in the CD player.

Hammett has a folksy sense of humor as well, kidding that he wants deer stands around the wooded area surrounding the department's headquarters in Baton Rouge. As a proud resident of Ferriday, he also claims to know all three of the city's legends ' Jerry Lee Lewis, Mickey Gilley and Jimmy Swaggart. "In fact, my dad taught 'em. Those three married three women that were cousins, so they were double-first cousins," Hammett says with a laugh. "I guess there are a lot of jokes you can make about that, huh?"

But Hammett's country veneer doesn't stick long. He totes around two different BlackBerrys ' he calls them his "CrackBerrys" ' in an effort to separate his civil engineering business and government responsibilities from his personal life. For more than 22 years he has operated a private engineering firm from his home parish of Concordia, sometimes benefiting from government contracts.

In fact, the company has been about the only constant in Hammett's life over the past six months. Term limited from running for re-election in the House, Hammett stepped down in July to become the infrastructure manager for the governor's Disaster Recovery Unit. But when the wildlife job came open, Hammett was offered the gig by Gov. Kathleen Blanco and took it without hesitation. (He was considered for the job when Blanco first took office.)

Hammett's new $116,500 salary represents a $23,500 pay cut from the recovery position, but it's only one of the sacrifices he's having to make for his dream job. He has leased an apartment in Baton Rouge far from his real home, and his engineering firm won't be able to do work for the department any more due to obvious conflicts. "We won't be able to do the boundary lines for the department like we've done in the past," he says. But he will continue to operate the firm full-time while he fulfills his duties as secretary, a formula he argues will work. "I'll do whatever I have to do," he says.

As he doesn't officially take office until Dec. 4, Hammett's not saying much yet about the longtime issues facing the department ' the internal animosity between biology and enforcement, the feuding between commercial and recreational interests. As for fee increases and related taxes, he won't shy away from them if there's a real need, as officials have recently argued, but he isn't ready to discuss that topic either. "I have a learning curve to get through, and I am very anxious to do that," Hammett notes. "I've been going through a lot of briefings and learning as much as possible. I do know that I want the department and its policies to keep working like they've always have. I want to be visible and plan on pending a lot of time in the field."

Todd Masson, who has served as editor of Louisiana Sportsman magazine for the past 11 years, says Hammett might want to focus on the lack of recognition the secretary traditionally has with everyday hunters and anglers. "I think the average outdoorsman doesn't pay a lot of attention to the secretary's position," the editor says. "I don't even think most of them could tell you the name of the secretary. But they are familiar with what's coming down the pipe and what the [Wildlife and Fisheries] commission is making decisions about. They seem to have the real power."

Hammett wants to zero in on building relationships, which may be his calling card as secretary. Whether that means partnering with corporations for conservation efforts or teaming up with hunters for an informational forum, Hammett plans to take a big-tent approach to the job. "This department is the focal point of our sportsman's paradise, and we need to be there for the public," he says. Hammett is also interested in exploring partnerships with nonprofit groups to expand public hunting lands in southeast Louisiana and finding federal money for construction of new public boat launches destroyed by Katrina and Rita. "The more partners at the table," he says, "the more you can accomplish."

Hammett's also aware of the various problems facing Louisiana's fisheries, ranging from charter boat captains losing their livelihoods during last year's storms to commercial fishermen losing their longtime battle to benefit from direct payments put up by foreign importers. But he doesn't have specific solutions.

Jeff Angers, chairman of the Louisiana chapter of the Coastal Conservation Association, says that shouldn't draw concern from recreational or commercial interests. While Hammett has always been a solid vote for recreational fishermen, Angers says the new secretary's love for the land and natural resources will always prevail when he's forced to make a big decision. "He is a huge sportsman, and that is going to carry him far in this job," Angers says. "Bryant lives and breathes the outdoors, and you better believe he's always going to do what is right."