Two new specialty hospitals are affecting the bottom line at Our Lady of Lourdes and other general health providers. 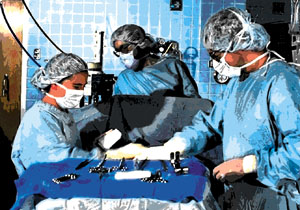 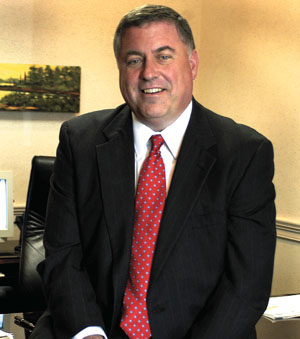 Lafayette's newest specialty hospitals are such a success after their first year in business that they're siphoning significant revenue from the area's general health providers, particularly the heart surgery unit at Our Lady of Lourdes, hospital officials say.

The "boutique" health providers ' Heart Hospital of Lafayette and Lafayette Surgical Specialty Hospital ' both opened in March of last year.

Their success, in part, has prompted Our Lady of Lourdes and the heart hospital's owners, North Carolina-based MedCath Corp. and a group of local physicians, to recently announce a proposed partnership, although a final decision is still months away. Lafayette General Medical Center also explored an opportunity to partner with the heart hospital last year, but ended those discussions, says Donna F. Landry, LGMC senior vice president/administration.

Specialty hospitals are one of the fastest-growing trends in health care. The for-profit ventures specialize in specific high-revenue procedures including cardiac, cancer and orthopedic care. There are about 100 specialty hospitals operating nationwide, according to Nurse Week magazine.

"It makes good 'strategic' sense to have this conversation at this time," says Berch Stelly, director of community relations at our Lady of Lourdes. "Many health care industry experts suggest that a community the size of Lafayette needs two, at most, three open heart programs. Lafayette now has four. We've not created more patients; we've simply introduced another program to treat the same number of patients. Obviously, we have all been impacted."

Stelly says heart operations at Our Lady of Lourdes have fallen since the new hospital opened, but declines to give a specific number. The loss of these costly surgeries could be devastating for the not-for-profit hospital's bottom line.

"I cannot attribute that reduction [in heart procedures] entirely to another player," Landry says. She also flags better technology and drug therapies, as well as education and prevention efforts that are reducing overall patient numbers.

Local health care providers also are closely watching for Congressional action on an 18-month moratorium, set to expire in June, which prevents specialty hospitals from rapidly expanding or attracting additional physician investors. The moratorium limited the development of new specialty hospitals and the expansion of existing boutique hospitals to 50 percent of current capacity and prevented any new investment by physicians in these facilities, says Phil Young, president and chief executive officer of Heart Hospital of Lafayette.

In December 2003, President Bush signed the Medicare Prescription Drug Improvement and Modernization Act. Although the law mainly covers the prescription drug and provider payment provisions, it also amended the federal physician self-referral law, commonly known as the Stark Act, according to Charles Oppenheim, an attorney with the Los Angeles law firm Foley & Lardner. He specializes in health care issues and co-wrote the summary of former U.S. Sen. John Breaux's amendment to the Stark Act, which included the 18-month moratorium.

It's unclear whether Congress will decide to extend the moratorium, Oppenheim says. "It's a heated political argument."

The heart hospital is a 32-bed facility, which means expansion under the moratorium is limited to 16 extra beds. Within the past four or five months, the hospital has been operating at near capacity. Without the federal limit, however, the hospital could double capacity to 64 beds, Young says. Currently there are 117 doctors affiliated with the hospital, tracking to perform up to 275 open-heart procedures in two operating theaters this year, in addition to treating other types of heart ailments.

It's too soon to say how the ending of a moratorium might affect a deal between Lourdes and the Heart Hospital of Lafayette, because administrators are unsure how the proposed partnership might be structured.

Stelly says the possible lifting of the moratorium did not spur talks. Landry, of Lafayette General, says it would allow her hospital to expand its own surgical specialty department, but there are currently no plans to grow that sector.

At the Lafayette Surgical Specialty Hospital, business is also booming, says Nancy Boutte, clinical operations officer. That hospital has 20 beds for inpatient treatment, and it also offers an outpatient clinic. Doctors there specialize in orthopedic and neurological; ear, nose and throat; urology; and general surgeries and pain management. The hospital also was built to accommodate future growth. The new hospitals operate side-by-side on Kaliste Saloom Road.

Young says his heart hospital offers a radically different model from most traditional hospital stays. Several teams of people throughout the course of recovery, for instance, will treat a heart surgery patient in a traditional hospital. The patients are often moved to various locations during the course of treatment. Focused-service hospitals, however, allow patients to remain in one location and to see the same nurses daily. Nurses are cross-trained, and all of the equipment needed to treat the patient is centrally located. As a result, the hospital stay is often much shorter, Young says.

The trend has been criticized by some nonprofit organizations and community hospitals because boutique hospitals specialize in high-volume inpatient procedures. This diverts revenue away from community hospitals that rely on these surgeries to cover the cost of other services, including burn units and emergency rooms ' in addition to caring for indigents.

There is also sentiment that doctors affiliated with the boutique facilities refer patients with better insurance or private pay to their specialty hospitals. Lawyer Oppenheim says early federal studies show that some doctors are referring the healthiest patients to specialty hospitals and the sicker and under-insured patients to traditional hospitals. The healthier patients recover more quickly, making the centers more profitable. Medicare, for instance, sets the amount of recovery time it will reimburse. If that limit is set at three days, and the patient takes five days to recover, the hospital has to absorb at least part of the additional two days.

Boutte sees no signs that this kind of activity is happening here, however.

In fact, she believes Lafayette General and Our Lady of Lourdes have responded favorably to the competition. Lafayette General opened a specialty surgery hospital this year that uses a form of the focused-care model. And the proposal to team up the heart hospital and Lourdes is a good sign, too, she says.

"At least locally, the criticism has not been so bad," she says, although she notes that the Louisiana Hospital Association, of which both specialty hospitals are members, is fighting the trend toward specialty facilities.

Lourdes' officials aren't discussing in detail the hit their community hospital has taken, but they're clearly scrambling to find other sources of revenue.

Robert Peebles, who took over as Lourdes' chief executive officer in mid-2003, quickly instituted several rounds of middle management reductions, a clear sign that the hospital's previous administrations had not positioned Lourdes for the competitive changes at its doorstep. It remains to be seen whether a partnership between Lourdes and Heart Hospital will help Lourdes overcome its current financial challenges.