As Congress prepares for a final vote on the Central American Free Trade Agreement, an upcoming local forum promises to highlight conflicting positions throughout Louisiana. 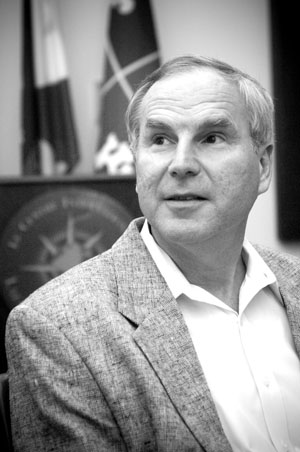 Depending on which region of Louisiana you're in, you'll find drastically different opinions on the Central American Free Trade Agreement.

CAFTA was ratified by the U.S. Senate last week and is now heading to the U.S. House for debate. The trade pact, which loosens the tariffs set between the United States and five Central American countries and the Dominican Republic, has driven a wedge between Louisiana's various agricultural and trade interests ' groups who usually operate as allies. The Thibodaux-based American Sugar Cane League and The Louisiana Farm Bureau vehemently oppose CAFTA because of its provisions allowing for an increase in cheaper, imported Latin American sugar. Many local sugar producers, already struggling, feel that CAFTA may induce the crash of an industry that dates back 250 years in south Louisiana. At the same time, CAFTA will likely benefit the state's rice, soy and cotton farmers by opening up more of a market for them to export their crops. Other business officials, namely at the Port of New Orleans, are poised to expand operations with neighboring Caribbean countries.

Many of CAFTA's proponents argue that the sugar industry has blown the threat to its livelihood out of proportion. CAFTA would allow for a gradual increase in imported sugar from Central America, beginning with roughly 100,000 tons in the first year of the agreement and maxing out at approximately 150,000 tons after 15 years. Even at the peak increase, the Office of the U.S. Trade Representative points out that this amount equates to only 1.7 percent of annual U.S. sugar consumption, or about two teaspoons per American per week. Given that the average American consumes anywhere from 10 to 20 teaspoons of sugar per day, CAFTA's added sugar imports don't appear significant.

However, an LSU study finds that these amounts could reduce the raw sugar price in the United States by more than 3 percent, "potentially impacting a large majority of sugar cane growers."

Jim Simon, general manager of the American Sugar Cane League, says the sugar industry is not lining up against free trade, but opposes the template that is being used for agreements like CAFTA.

"While trade is necessary and important, our trade policies should not destroy domestic jobs in our market," he says.

Simon notes that local sugar producers are already facing enough difficulties. Two venerable sugar mills, the Jeanerette Sugar Co. and the Iberia Sugar Co-op, recently announced they will not re-open for business during this fall's grinding season. Last week, workers began dismantling Jeanerette Sugar Co. mill, and parts of it are being sold to sugar mills in Brazil and Venezuela. For many local sugar advocates, CAFTA will largely determine whether sugar will be able to hold its ground as the United States pushes forward with its next big trade initiative, the Free Trade Area for the Americas, which would include Brazil, the world's largest sugar producer. Simon points out that the United States imports about 15 percent of its sugar supply and that more is already on the way. As a part of NAFTA, Mexico will be allowed to begin importing all of its excess sugar production duty-free (it is currently limited to 250,000 tons) to the United States beginning in 2008.

"There's 150,000 more tons of sugar sitting in a warehouse in Mexico waiting to come in," Simon says. "I think we're being very fair in our current sugar trade positions. We're at a point now where we've drawn a line in the sugar."

While U.S. sugar producers stopped receiving direct subsidies from the federal government several years ago, they do enjoy indirect subsidies resulting from government price controls and crop buying programs. A study by the U.S. International Trade Commission valued these supports at more than $1 billion a year. The Sugar Cane League says that the World Trade Organization needs to bring all sugar-producing countries together for trade negotiations.

John Hyatt, vice president of imports for New Orleans freight company Irwin Brown, disagrees with this method. He doesn't think it will ever be possible to get 148 WTO nations to reach an agreement all at once. But, he says, by brokering deals like CAFTA, the United States can begin to move more countries in that direction.

"We're taking baby steps and have to gradually build consensus," Hyatt notes, adding that trade partners can promote more than agricultural subsidy reforms. "You see a lot of civil unrest going on in South America right now that isn't very U.S.-friendly. This is important to stabilize these nascent democracies and to globalize them. They have to enter the global economy."

Hyatt sees CAFTA performing a noble service at home as well. A study commissioned in part by the Port of New Orleans estimates that Louisiana's economy could grow by as much as $300 million annually.

"Louisiana stands to benefit a lot from this," Hyatt says. "For some reason I can't convince the sugar folks to look at the greater good. They're looking only at their industry, which they feel is endangered."

In addition to the port and some of Louisiana's manufacturing and petrochemical plants, other non-sugar farmers also stand to gain from CAFTA.

"The rice industry has always been in favor of CAFTA," says Charles Trahan, vice president of Falcon Rice Mill, a family business that has operated in Crowley since 1942. "We would like to eventually do away with all the tariffs in the Caribbean."

The rice, timber, soy and cotton industries ' which represent roughly 80 percent of Louisiana's agriculture industry and have some exporting business that could supposedly benefit from CAFTA ' have not been nearly as vocal as sugar's dissent. And when it comes to Louisiana's congressional delegation, only two out of Louisiana's nine federal representatives, Reps. Bill Jefferson of New Orleans and Jim McCrery of Shreveport, have supported CAFTA.

"I'm sure there is some frustration [among rice farmers]," says Trahan. "But I think sugar is just doing a good job of protecting their own interest. I recognize the politics of it, so it's not frustrating to me."

Trahan says pro-CAFTA farmers would mount stronger opposition to the sugar industry's heavy influence over Louisiana's delegation if CAFTA represented more lucrative markets, such as those of Cuba or South America.

"In a farming community, we realize that sugar has its problems with this, and sugar and rice always try to get along, but it's kind of a gentleman's agreement that we have to help out our own industry and do what we have to do," he notes. "It's a relatively small market for rice, but it's in our back yard and all markets are important."

When it comes to the popularity of CAFTA, Hyatt sees an uphill battle. "There's a cultural thing here too with the Sugar Bowl and the Sugar Festival queen. Everybody kind of shares this mythology of sugar. Sometimes these historical ties are hard to break, but times change, and you have to move on to other things."

Louisiana Sens. David Vitter and Mary Landrieu remain steadfast sugar supporters and spoke out against CAFTA on the Senate floor. While CAFTA passed the Senate, the real battle is anticipated in the House, where the sugar and labor groups have rallied a number of strong CAFTA opponents, including freshman Congressman Charles Melancon, a former head of the American Sugar Cane League. And despite strong backing by the Bush administration, most Louisiana Republicans, including U.S. Rep. Richard Baker and freshman Reps. Charles Boustany and Bobby Jindal, have remained firmly against the trade deal.

Hyatt suspects that the Bush administration may be able to sway some of these votes with offers of coveted committee assignments or other favors. "People who have said consistently that they're voting against this may in the end wind up changing their mind," he suggests.

As the critical vote approaches, supporters on both sides will be pushing for public pressure on local representatives. That's one of the reasons why the International Center of Lafayette is hosting a multi-panelist discussion on CAFTA on July 13. Though the center was still finalizing its list of about six speakers last week, the panel appeared to be decidedly pro-CAFTA. Representatives are expected from the sugar industry, the rice industry, the Port of New Orleans, Louisiana Economic Development and the New Orleans World Trade Center.

While the International Center is a trade organization focused on cultivating international relations and businesses, Director Philippe Gustin says the center does not make endorsements on political issues. Gustin hopes the event gives attendees a broader perspective on CAFTA. He points out that CAFTA is likely to affect the state's shrimping industry through its increased, low-priced imports. Even so, there are safeguards in place that allow the federal government to pay shrimpers and farmers for business lost as a result of CAFTA. Gustin suggests this money could be used to globally market Louisiana shrimp or sugar as premium products.

"There is no perfect trade agreement," he says. "There are always winners and losers. If there weren't, the whole world would be a free trade zone right now. If we lose some on the sugar side [with CAFTA], we need to see how much we're going to win on the other side."

Lafayette Consolidated Government International Center's CAFTA Forum is at 11:45 a.m. Wednesday, July 13, at the Petroleum Club. For more info on the event, call 291-5474.