Iberia Parish President Will Langlinais confirms a controversial hire for his second-in-command. 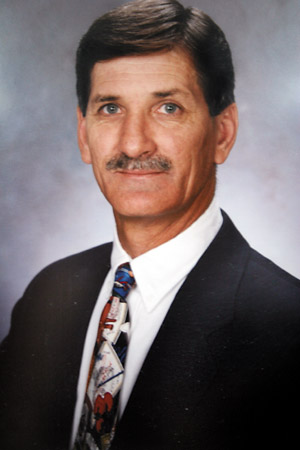 In a narrow vote on Feb. 15 that raised conflict-of-interest questions and possible state ethics violations, the Iberia Parish Council ratified the appointment of former New Iberia Mayor Bobby Bodin to the position of Iberia Parish chief administrative officer, starting March 14. The appointment was made at the request of Iberia Parish President Will Langlinais to fill the second-in-command job left open after CAO Simone Champagne resigned in January to run for Jeanerette state representative.

"When Simone left, it created a void, and I need someone who can jump in with both feet wet and ready to go and not have to teach them for another 18 months," says Langlinais. "Bobby is someone I can trust and who will be supportive of me, that will be supportive of parish government and someone that will communicate very well with the parish council. And the public. When the public calls, a lot of the time they come with a problem and they need help, and Bobby comes with that kind of experience."

Langlinais' choice, however, caused five of the 14 council members to vote against Bodin on grounds there were too many questions that need answers before any kind of vote could be taken. With one council member absent, Bodin barely received the eight-vote requirement to ratify his appointment.

Councilman Bernard Broussard has been an outspoken critic of Langlinais' administration and is angry that Langlinais pressured the council for Bodin's appointment. "I don't support the approach we're using, that we hire somebody contingent upon hearing from the ethics commission when we had enough time to get the answer to begin with," says Broussard. "I wouldn't support anyone at this point when we have these kind of questions. Period."

Since Bodin left office 13 years ago he has been working for AFLAC and has been selling insurance policies to parish government employees. To continue would be a clear conflict of interest, and Bodin says he will resign his position with AFLAC to work for Langlinais.

If Bodin is hired as CAO, one of his responsibilities is as a signatory on parish checks. There are four people authorized by parish government to sign parish checks: the parish president, CAO, finance director and council chairman. There must be two signatures on every check. Broussard is concerned about the appearance of impropriety. "If he's going to sign checks that his wife receives as an officer of a bank where we do business, where's the checks and balances?" Broussard asks.

Leading up to the vote, council members voted to draft a resolution asking for a state ethics board ruling on Bodin's ability to take the job. They were advised by their legal council, assistant District Attorney Wayne Landry, to wait on voting to ratify Bodin until they had the ruling in hand. Landry was concerned that the council itself could be in violation of state ethics rules. "All I was trying to do was say, 'Listen, you need to be careful here,'" Landry explains. "It's obvious, if you vote to go ahead and engage in what turns out to be an ethics problem, then you can't go up there and plead ignorance or sympathy. My experience has been if the council knows there's a potential problem and they engage in the unauthorized activity without getting an answer, then certainly, if it turns out that there is unauthorized activity, there's the potential [for] some fines."

Langlinais characterizes the vote to hire Bodin as a triumph of his political power over his detractors. "About a week ago I had 13 votes committed to him, and on the evening of the vote, there were eight," he says. "I can understand and appreciate where they're coming from. There was some pressure put on them by somebody on the second floor ' I'm not going to name any names."

District Attorney Phil Haney and Assistant District Attorney Landry, who have been at odds with Langlinais over Langlinais' contracts with Mosquito Control Contractors Inc. and attorney Shane Romero, have offices on the second floor.

Bodin's ethics have come under public scrutiny in the past. He served as mayor of New Iberia from 1989 to 1992; according to The Daily Iberian, the New Iberia City Council alleged that Bodin awarded himself more than $8,000 in vacation time and sick pay ' unauthorized benefits for his salaried job ' after leaving office in 1993. The city settled with Bodin. "I paid back $1,000, as I recall," Bodin told The Daily Iberian earlier this month. "Heck, I was only making $4,000 a month. I believe the AG's office said I wasn't entitled to sick time. So I paid back about one week's worth of salary."

Bodin could not be reached for comment last week; Langlinais' secretary said Bodin was on vacation.

In 1994, Bodin was charged with shoplifting at the Real Superstore in Lafayette after being caught on videotape allegedly stealing fishing bait. Charges were dropped at the request of the Superstore, but the following year, he was charged with theft by Lafayette police after a security guard at Bud's Warehouse allegedly saw him swapping golf balls from an expensive package into the box of a cheaper brand. Bodin pleaded no contest in Lafayette City Court and was given a suspended seven-day sentence and ordered to pay $105 in fines and to receive counseling.

The target date for officially hiring Bodin is March 14, and Langlinais hopes to hear from the ethics commission prior to that time. Meanwhile Barras, who is in the race for state representative from New Iberia, is making contingency plans for Liz Bodin. "We don't want to participate in what can be construed as an ethics violation," Barras says. "It would be my recommendation that if her husband is added as a signer on that account, we would ask Liz to not handle it until we got the official ruling in order to stay as clean as we could during that interim."

Iberia Parish is also waiting for public release of a state legislative audit investigating contractual relationships between Langlinais and service contractors that may be in violation of the Parish Charter. Broussard, who has been mentioned as a possible contender for Langlinais's seat in September, is incensed by the council's hire of the former mayor. "We're in the middle of a battle for ethical change and reform and accountability, and trying to prove to the public that maybe we're going to do the right thing. And what do we do? We appoint Bobby Bodin."