From the Grammys in L.A. to the annual Washington Mardi Gras celebration in D.C., Lafayette rocked and ruled from coast to coast on the second weekend in February.

At DCMG, the Lafayette hospitality suite was brimming with business types and politicos the entire weekend, doubtless a good investment for the dozens of sponsors and private donors who foot the bill for it all. Veterans like Brett and Donna Mellington, Jim and Pat Prince and Donna Byrne helped initiate event newcomers, including Frank Camalo, Ann Laurent and Sonia Perez. Treasury Secretary Tim Geithner turned out to be a not-so-welcome guest at the annual Economic Development Luncheon (talking about energy and tax policies), but the glittering dinner dance, tableau and ball were spectacular, as always. For those lucky enough to be invited to Jim and Corky Hutchison's private party, The Italian Embassy was the venue of choice, and the dessert, fashioned like little jeweled chocolate boxes wrapped in gold leaf and filled with mousse, was truly the pièce de résistance. 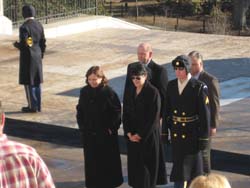 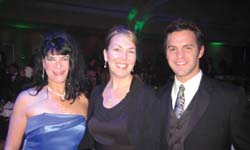 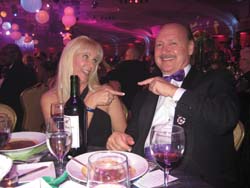 Lynne and Joey Durel, Paula Carson,
Sgt. Benton Thames, and Dee Stanley
lay a wreath at the Tomb of the
Unknown Soldier

Dana and Glenn Armentor at the DCMG dinner dance 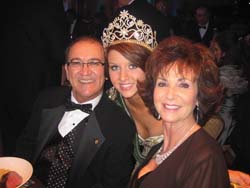 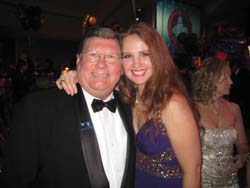 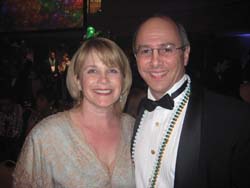 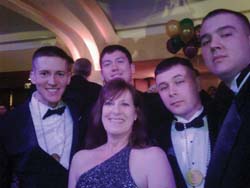 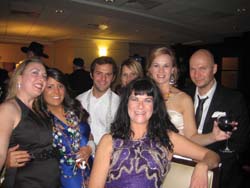 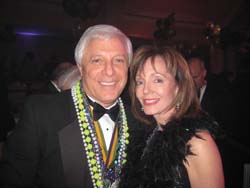 On the Left Coast, Chubby Carrier accepted the Grammy for Best Cajun-Zydeco Album with a rousing whelp, "Louisiana!" during the "pre-tel" ceremony that takes place before the evening's international telecast. DL Menard's snappy black suit with beaded soutache musical notes turned heads on the red carpet. In fact The Back Door Man made the cut, along with Rob Jones, Katy Perry and Lady Gaga's egg, for TMZ.com's feature, Wild and Crazy Fashion at The Grammys - check him out!

Grammy nominee Feufollet got a taste of life among the rich and famous over lunch in Beverly Hills, glimpsing Selma Blair and John Legend at nearby tables while paparazzi chased Eva Longoria on her way out. All gave standout performances at the pre-Grammy "Only in Louisiana" brunch, which also featured nominees The Pine Leaf Boys and honored the memory of songwriter Bobby Charles. Warren and Mary Perrin, CC Adcock, Lisa Stafford and others made the trip, as did state Sen. Mike Michot, who opted to take his daughter Mary Carolyn to the Grammys instead of the traditional trek to Washington Mardi Gras, where the festivities were a little less funky but no less fun. 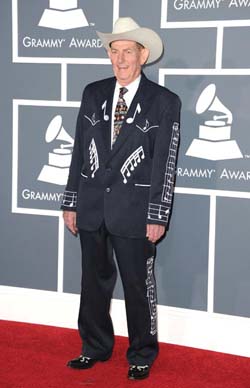 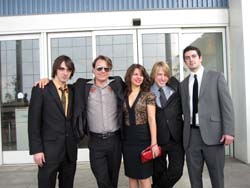 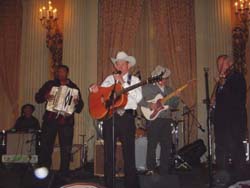 DL Menard on the red
carpet at the the Grammys

Members of Feufollet in L.A., from left: Chris Stafford, Philippe Billeaudeaux, Anna Laura Edmiston, Chris Segura and Michael Stafford. MIA in this photo is Josh Caffery, who also contributed to their Grammy-nominated album. 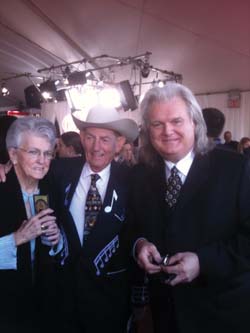 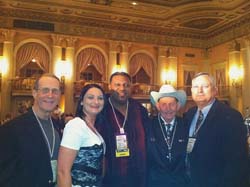 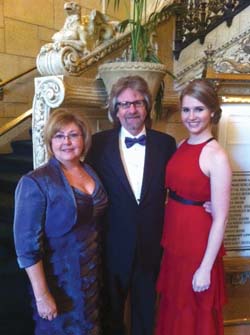 Julie, Robbie and Emily Bush in lobby of Biltmore Millennium Hotel before Grammys 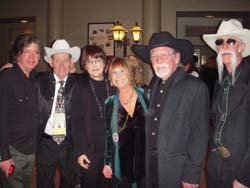 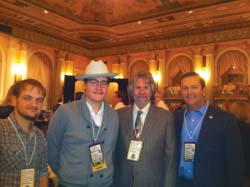 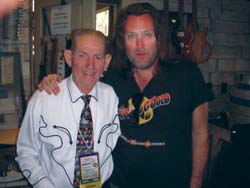 Dru Simon and Jon Bertrand of The Pine Leaf Boys with Robbie Bush and Sen. Mike Michot at the "Only in Louisiana" Brunch at the 2011 Grammys 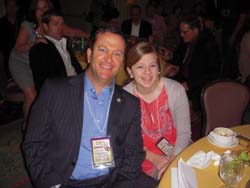 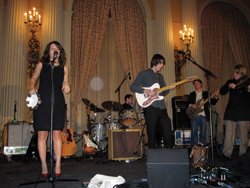 Michot and his daughter, Mary Carolyn, at Grammys