Lifted by senior La'Ryan Gary's season-best performance, the Cajun squad made it 10 in a row. 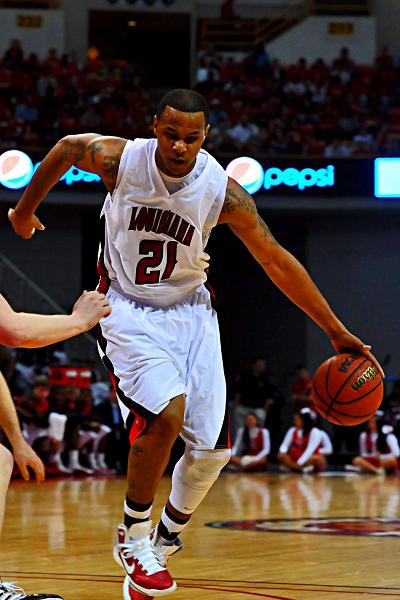 When La'Ryan Gary escorted his parents onto the Cajundome floor during UL basketball's Senior Night activities Thursday, he carried a rose for his mom and a noticeable limp.

That limp will be with Gary the rest of his life, but for two hours Thursday night the heart and soul of the Ragin' Cajun squad pushed aside the pain and left every one of us - the largest Dome crowd in almost a decade - with something to remember.

Just under two years after a horrific knee injury that UL athletic trainer B.J. Duplantis called "the worst thing I've ever seen on a court," one of Acadiana's own brought the Cajuns within a whisker of a Sun Belt Conference West Division title.

Gary capped his UL career with 22 points and five blocked shots in 39 minutes - all career highs - and the Cajuns won their 10th straight game. This time it was previous West Division leader Denver that was the victim as UL added another pulsating victory to that streak, 58-52 in overtime.

See a slide show from the game here.

Since I was running the game clock (the UL crew was short-handed with so many Cajun sports currently in action), I had a close-up view. I've had a pretty good view of UL basketball for 30 years, and La'Ryan's final-home-game performance - and the story that preceded it - now ranks among my best Cajun memories.

Gary got the biggest ovation of the three seniors honored prior to the game, and that wasn't a slight to senior partners Randell Daigle and Travis Bureau. It was more a salute to the struggles Gary has endured to get to this point.

"I told them I loved them," Gary said after the game of the threesome's embrace prior to tipoff. "It was a pretty emotional moment."

Not nearly as emotional as the end, though, when the Cajuns had to rally from six down with 4:35 left against the most patient and consistent team in the Sun Belt. Josh Brown's three-point play cut into that margin, and from there it was Gary's four free throws and a couple of Pioneer misses that sent the game into overtime. 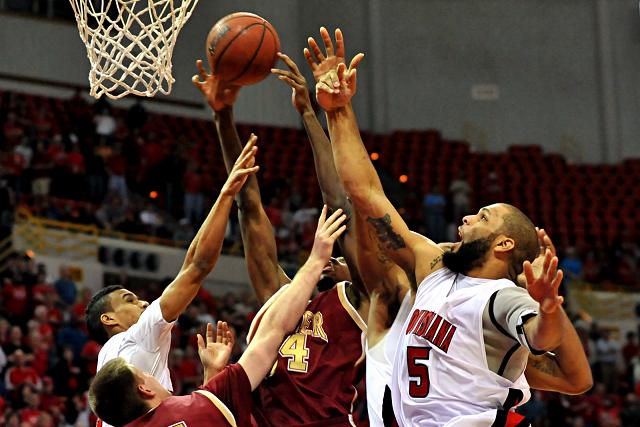 One minute into OT, Gary's nice inside move tied the game at 52, and he made 5-of-6 free throws down the stretch and was also a part of a UL defense that didn't allow the Pioneers to score at all after the first 30 seconds of overtime.

That win made it nine straight Sun Belt victories, all of them by single-digit margins in what is already a charmed season - regardless of what happens Saturday at UL Monroe in the regular-season finale or in next week's Sun Belt Tournament. After all, what was a written-off 3-14 season is suddenly 13-14, and if first-year mentor Bob Marlin isn't the league's Coach of the Year, the conference should melt down the award and sell it for scrap.

"We believed we had a good team, but things just didn't go our way at first," Gary said. "We lost some games we should have won, but we hung in there."

Gary's been hanging in ever since the league tournament two years ago, when he tore every ligament and did other collateral damage in what should have been a career-ending knee injury. He missed all of last season, and his practice and game time is still limited and closely watched.

"L. G.'s our warrior," said freshman and Cajun warrior-in-waiting J.J. Thomas, who had 13 points. "We feed off his energy, because we know he's really out there on one and a half legs. You don't know if he's going to have a good day or a bad day, but he's always going to give his all."

That was enough to impress 8,066 fans Thursday, the most in the Cajundome since 2002. No, make that 8,067, since a classy Denver coach Joe Scott praised Gary's performance after the heart-wrenching loss.

"I've always felt he was a good player, but he's had bad luck with those injuries," he said on his post-game radio show. "He's done well because he stuck with it, and that's how you do well in life."

Real life still has to wait a couple of weeks. A Cajun win in Monroe Saturday would lock up no worse than a share of the West title and a bye in the first round of next week's league tournament in Hot Springs, Ark. And UL goes into that meet as the league's hottest team, with its streak trailing only George Mason (14 straight wins) among the country's 340 Division I teams.

"There have been times we haven't played that well," Marlin said, "but we've fought and fought."