An aggressive hurricane protection project for Louisiana's central coastline could be a cornerstone issue for the new Congress. 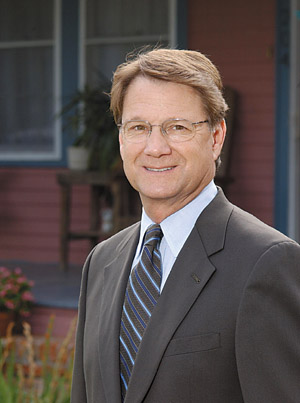 As the 110th Congress took over the Beltway reigns last Thursday, two of Louisiana's highest-ranking Democrats in Washington, D.C. announced that legislative approval of the entire Morganza-to-the-Gulf hurricane protection project would be their "first priority" in coming sessions. It's an ambitious promise from Sen. Mary Landrieu and Rep. Charlie Melancon, one that has gone largely ignored by federal lawmakers for more than six years.

The project is massive. Morganza is a 72-mile winding path that will connect levees, locks and other systems stretching from St. Mary Parish around Terrebonne and beyond Lafourche. It's expected to protect about 120,000 people and 1,700 square miles of land against vicious storm surges like those produced by Katrina and Rita. The price tag: $886.7 million for Category 3 hurricane protection.

The project has a robust constituency in south Louisiana, supported by newspaper editorials and endless town hall meetings, but Congress has not been as kind. Morganza was originally authorized in 2000 as part of the Water Resources Development Act, also known as WRDA. The status is essential, because Congress rarely doles out real dollars to projects that don't have authorization. The U.S. Army Corps of Engineers, however, failed to deliver a feasibility report on time and the authorization expired.

In every year since, Congress has been unable to move another WRDA bill for a variety of reasons, meaning Morganza was likewise stalled. Another last ditch-effort for authorization was launched during the final hours of last month's session. While it passed the House, the proposal was thwarted by Sen. Tom Coburn, a Republican from Oklahoma who likened Morganza to "pork-barrel" spending.

"Anyone who considers levees to be 'pork' clearly doesn't understand the devastation of seeing your home flooded as so many were after hurricanes Katrina and Rita," says Landrieu, a New Orleans native. Now she and Melancon are back with a standalone measure for the ongoing session that would authorize the entire Morganza project, which equates to $576.4 million for the feds' 65 percent portion. The state's share would be 35 percent, or about $310.3 million. Local authorities, in concert with the state, have already spent millions on design and planning. In Terrebonne Parish, voters have even approved a quarter-cent sales tax to help pay the tab. As such, there's no good reason for Morganza to get stuck in political muck.

The challenge this time around, though, is deeply rooted in semantics. By most accounts, there is no real opposition to Morganza's mission, but that doesn't guarantee it passes as a standalone measure, outside of the WRDA bill. Mark Davis, director of the new Institute on Water Resources Law and Policy at Tulane Law School, says he seen very few independent authorizations such as this make it through the entire process. There's also a mentality amongst lawmakers to push their own standalones when they see another succeed ' so it's commonly discouraged.

Nonetheless, the project's time in the WRDA bill has yet to yield anything of real value, and it's time for a change. "While there are people that question some of the design aspects and other elements, it's the WRDA bill that has held this process up," Davis says. "Morganza has been a victim of the WRDA paralysis. It's holding this thing hostage."

Melancon, who lives and works in Napoleonville, says the state can build on the momentum it gained late last year from securing additional oil and gas royalties. Discussions are presently being held with House leadership on the matter, he adds, but it's too early to tell where any opposition might reside. Melancon says he doesn't want to put the "cart before the horse," but there will be a need to start searching for money in the 2007-08 federal budget ' an authorization without an appropriation is useless. "But that's a little further down the road," he says. "We'll cross that bridge when we get there."

As for why Morganza should be the state's first brick-and-mortar priority during this session, especially when there are so many other needs in New Orleans and other hurricane-stricken areas, Melancon argues the central region has waited long enough and the project needs to gain some ground. Granted, Morganza only covers a section of Louisiana's central coastline, and does nothing to address recovery, but it is progress when it comes to hurricane protection and coastal restoration. "This has been the only project in the state sitting there for six years," Melancon says. "People have been waiting to get this thing moving. They got screwed. That's the justification."

From a political perspective, the legislation foreshadows a policy partnership between Melancon and Landrieu that may flourish in coming years, since they both play the role of insiders in the new Democratic Congress. And while the legislation is only a single step in the battle against the coast, it could glean some serious PR-capital for the duo. "It could easily be another political triumph for them, especially for folks in south Louisiana," Davis says. "They can go back and say they're on the top of their game. But at the end of the day, merely authorizing Morganza does not mean Category 5 protection or serious coastal restoration. It's just one piece."