Friends and family gathered for Sherry and Bob Nicols' fifth-year anniversary party at the elegant 1100 Room in the City Club at River Ranch. Renowned musician Tony Lucca came all the way from Los Angeles to play for the pair. Friends Donna and Bob Sanders trekked from Dallas to share in the festivities. The cooing couple proudly introduced their handsome sons, Dillon Gallet, Cullen Gallet and Geoff Nicols, to the crowd. It was truly a special and unforgettable way to celebrate their wedded bliss during Valentine's weekend. 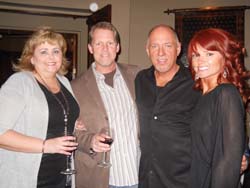 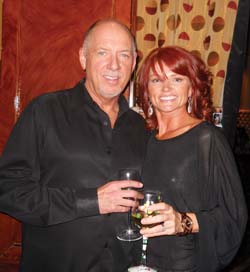 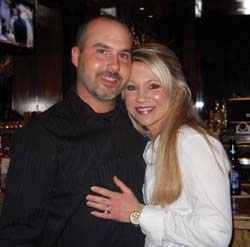 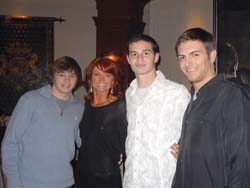 Ann and Bill Fenstermaker opened their home for the first event of the 2011 Opus Christi Magnum series hosted by Tracy and Frank Neuner and IberiaBank. Opus Christi Magnum, translated as "The Great Works of Christ," is the primary fundraiser benefiting Lafayette Catholic Service Centers. State Sen. Mike Michot is the 2011 OCM chair, and Beth Ardoin the 2012 OCM chair-elect. LCSC's mission is to help the poor, hungry and the homeless of Acadiana. Opus Christi Magnum's 2011 series will continue with five scheduled dates throughout the year; the next is May 24.

Frank and Tracy Neuner,
Ann and Bill Fenstermaker and
the Rev. Chester Arceneaux