The Lafayette-based bank has announced yet another acquisition that will expand its Louisiana market. IberiaBank is adding 22 branches and $706 million in assets to its bankroll with the latest purchase of Cameron Bancshares, holding company for Cameron State Bank of Lake Charles, marking its third acquisition deal in less than three weeks and its second in three weeks targeting the Louisiana market.

The 123-year-old Lafayette-based bank will acquire the Calcasieu Parish bank in a stock-for-stock deal totaling $133 million, according to a press release from IberiaBank.

"We are excited to join forces with Cameron State Bank, the bank of choice in the Lake Charles region," IberiaBank President and CEO Daryl Byrd says. "Cameron has an enviable distribution network ... a very successful operating strategy, as well as outstanding clients and associates.  This combination provides interesting growth opportunities for the shareholders of both companies."

Pending regulatory and Cameron State Bank shareholders' approval, Cameron shareholders will receive 3.464 shares of IberiaBank common stock per share of Cameron common stock, subject to certain adjustments. Cameron had no outstanding debt at the end of 2010.

The acquisition announcement comes on the heels of IberiaBank's recent agreement to acquire Omni Bank of Metairie, a $40 million stock deal that will bring IberiaBank into the top 5 ranking in the New Orleans area market.

The same day the Iberia-Omni merger was announced, IberiaBank revealed it also is purchasing "certain assets" of Florida Trust Co., a Bank of Florida subsidiary. The agreements calls for IberiaBank to pay $700,000 for the unspecified assets, and an additional $700,000 after one year - depending on the revenue IberiaBank has taken in from Florida Trust clients. 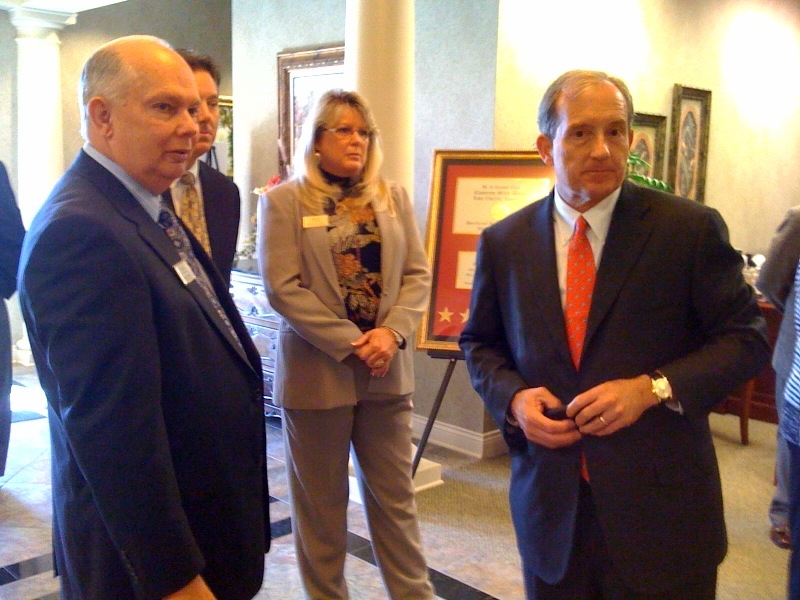 The latest purchase is further proof that losing a bid to acquire Whitney Bank was no major hurdle for IberiaBank in its expansion efforts. Mississippi-based Hancock Holding Co. announced its plans to purchase Whitney Bank in late December - after IberiaBank had been in negotiations to purchase Whitney, Louisiana's largest bank and a longtime rival, for more than three months.

According to a report by Robert Barba of American Banker, a financial services publication, the Omni purchase was IberiaBank's first Louisiana acquisition in seven years and one small step toward Byrd's goal of dominating the New Orleans market.

The Iberia-Cameron deal is expected to close by the second quarter of this year. Cameron President and CEO Roy Raftery Jr. will head IberiaBank's Lake Charles region after the purchase is complete.

For more on IberiaBank's unsuccessful attempt to purchase Whitney, check out a story published in ABiz Feb. 23.